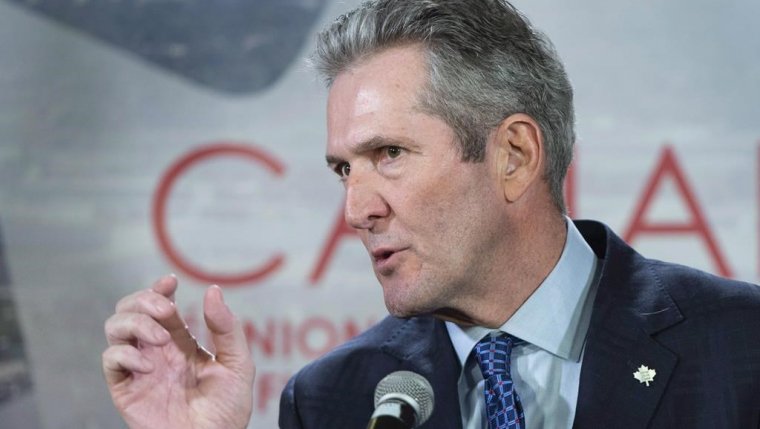 WINNIPEG — Manitoba Premier Brian Pallister says a list of demands by his Quebec counterpart presented to the prime minister last week is nothing more than "brokerage politics."

Pallister says if Justin Trudeau is willing to consider Quebec Premier Francois Legault’s proposals, it shows "complete lack of respect" for the rest of Canada.

Legault met with Trudeau in Quebec last week and tendered a list of demands that include $300 million to compensate for asylum− seekers, compensation for dairy farmers and more control over the selection of immigrants.

Legault said that while he won’t support any one party in the federal election, he hopes all the parties will meet his demands so as to woo voters in seat−rich Quebec.

Pallister says Legault thinks he is a king−maker, but Canada doesn’t need kings.

He noted Quebec’s opposition to the Energy East pipeline and its restrictions on immigration and says he doesn’t know why those positions should be rewarded by Ottawa.

"Quebec has taken approaches that run counter to the benefits of the country on several issues," Pallister said at the legislature.

Quebec promises to be a crucial battleground in the run−up to the Oct. 21 federal election.

Trudeau’s Liberals hope to make gains in the province to make up for expected losses elsewhere. They see potential in rural ridings where the NDP managed to hang on in 2015 as the so−called orange wave that swept Quebec in 2011 dissipated.

The Conservatives hope to cash in on the dwindling fortunes of the once−mighty Bloc Quebecois. They’ve also been building links to Legault’s Coalition Avenir Quebec, a right−leaning party with a nationalist bent.