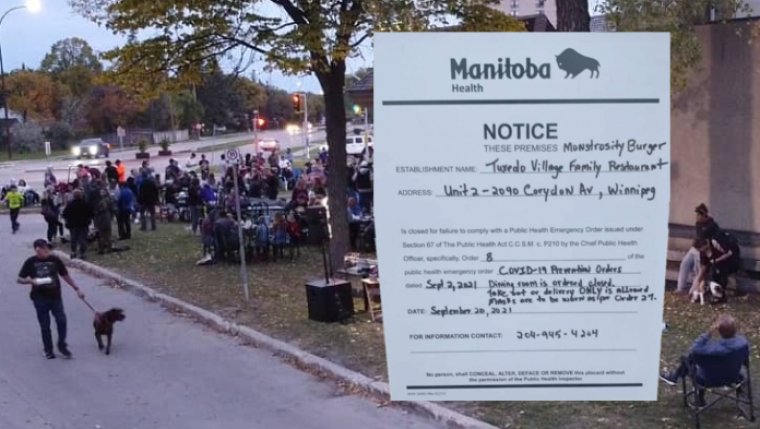 WINNIPEG - The province says several businesses are facing over $72,000 in fines - more than half of the 28 tickets issued last week for violating public health orders.

The provincial government says enforcement personnel wrote 16 tickets for ten businesses between September 20 and 26. Two of the businesses were in Steinbach, three in Winkler, and five in Winnipeg. The Winnipeg rule breakers include Monstrosity Burger on Corydon Ave., which received four fines of $5,000 after already being ticketed at least 8 times that month and ordered to close its indoor dining area. Chaise Café and Morfit Training Centre were also given three $5,000 tickets each.

Over $3 million in fines and 2,167 tickets have been handed out to businesses and individuals since April 2020.