Over $2500 in Speeding Fines for Two Manitoba Drivers 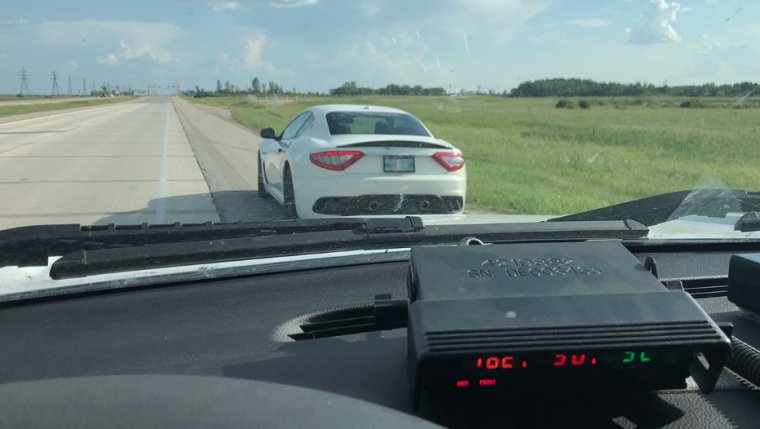 WINNIPEG - Manitoba has some of the largest fines for speeding in Canada and North America.Two heavy footed drivers found that out the hard way after being caught by RCMP.

In a Tweet Manitoba RCMP said, "Even if it’s your birthday and you’re driving a Maserati, there’s still no excuses for going 162 km/h in a 100 on the perimeter highway."

The driver was fined $862.00 and will now have a license review with MPI.