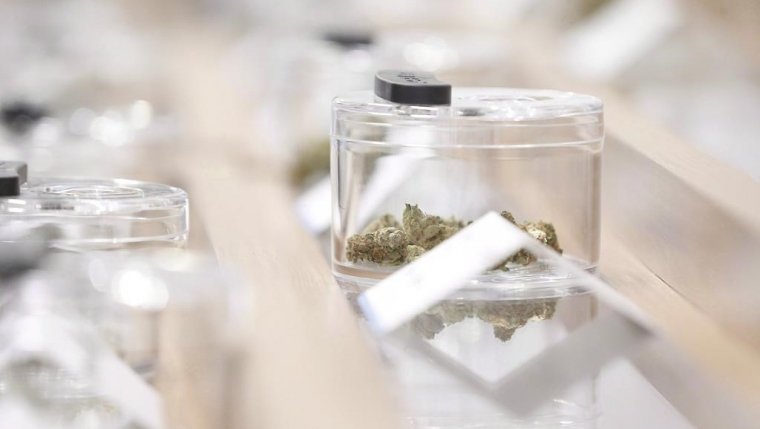 The Liquor, Gaming and Cannabis Authority of Manitoba says no retailers have been fined and only two cautions have been issued since sales were legalized in October.

One caution was for a broken lock on a storage unit, which was fixed.

The other caution was given to a store that took delivery of cannabis before the shop’s retail licence was issued.

Liz Stephenson, the authority’s chief administrative officer, says there has been excellent co−operation from retailers.

She also says inspectors are visiting each store on a regular basis to ensure compliance with rules governing storage, signage and more.

"Because (cannabis) is a new product, and because we know that the licencees are getting used to new rules and regulations .... every store is inspected at least every two weeks," Stephenson said.

Retailers must have a locked storage area, do 24−hour video surveillance and run background checks on employees.

Retailers must not offer customers any samples and they cannot sell product to anyone under 19.

A spokesperson for Delta 9 — one of four retail companies that received licences in time for the first day of legalization on Oct. 17 — said Manitoba got a jump on the issue by laying out its retail rules earlier than some other provinces.

"I would say that Manitoba has been a little ahead of the curve in terms of both implementing regulations and having the ability to get stores open as well," Gary Symons said.

Licences have been granted to 14 stores so far — the province is relying exclusively on the private sector for retail — and many more are expected to soon enter the field.

The Progressive Conservative government said in last month’s throne speech that it would move to a more open market and streamline applications from potential store owners.