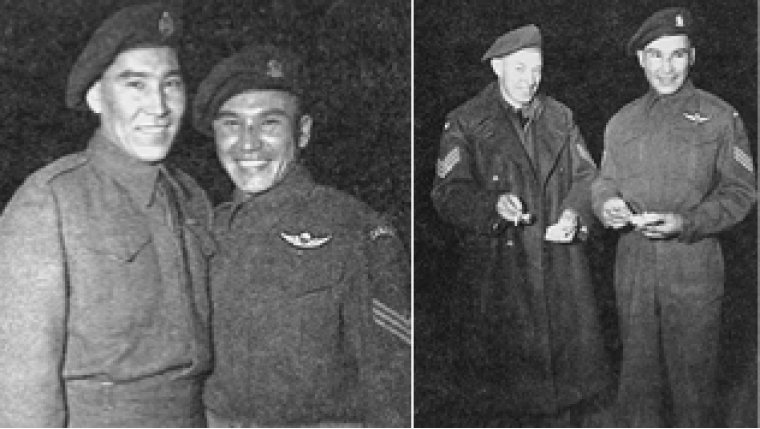 The ceremony was held to officially rename the North Centennial Recreation and Leisure Facility to Sergeant Tommy Prince Place.

“Sergeant Tommy Prince is a national and international icon of courage,” said Point Douglas Councillor Mike Pagtakhan. “A descendant of the great Chief Peguis, he showed tremendous courage both on the battlefield and in his tireless work on behalf of Indigenous peoples. It is my hope, and the hope of Winnipeg City Council, that this centre in the heart of Point Douglas, which now bears his name, will help keep his achievements and his sacrifice shining brightly in the memories of all Winnipeggers and all Canadians.”

Sergeant Tommy Prince served in the Second World War and was a member of the 2nd Battalion Princess Patricia’s Canadian Light Infantry (2PPCLI) during the Korean War. He received 11 medals through his service including the Canadian Korea Medal, the Canadian Volunteer Service Medal and the United Nations Service Medal (Korea) as well as the Silver Star awarded by the United States of America.

Sergeant Tommy Prince Place is located at 90 Sinclair Street. The facility features an indoor pool, boardroom, classroom, community use room, gymnasium, studio and teaching kitchen. Outside of the facility, the site offers baseball diamonds, soccer pitches and will soon feature a new spray pad for summer 2018.