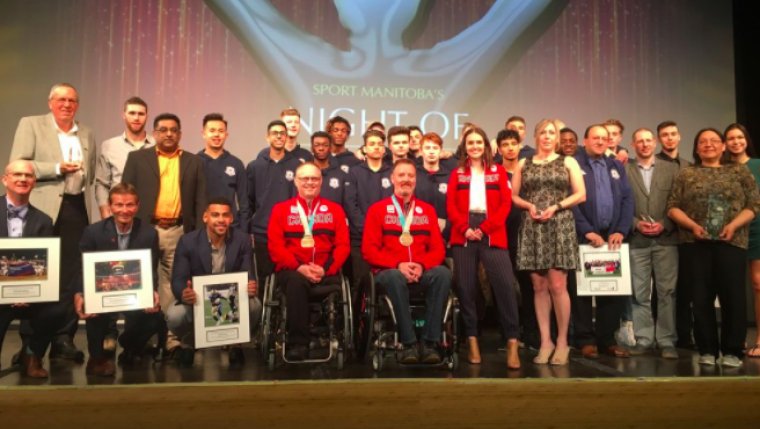 WINNIPEG - Saturday evening Sport Manitoba handed out the hardware during the annual Night of Champions presented by Manitoba Chicken Producers.

This night celebrates sports excellence in Manitoba, and there was plenty to celebrate as athletes, coaches, officials, and volunteers were recognized for their remarkable achievements in amateur sport in our province.

OPIN Official of the Year

The Nott Autocorp Male Athlete of the Year - Open Category

The Labatt Female Athlete of the Year - Open Category

The Manitoba Aboriginal Sports and Recreation Council also recognized their athletes and volunteers of the year at the event:

With files and photo from Sport Manitoba