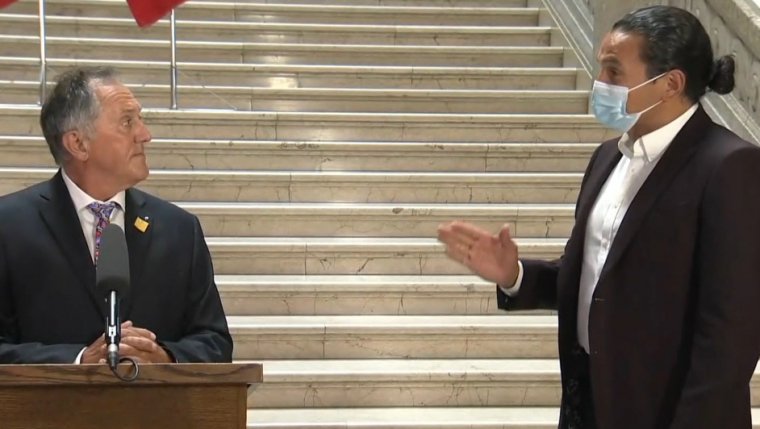 WINNIPEG - Premier Brian Pallister has been taking heat for comments he made about colonialism recently and now one of his new ministers is under fire as well.

He has since said he misspoke.

Right after making the comment, NDP leader Wab Kinew, who was waiting to talk to the media himself, spoke up and told Lagimodiere he can't accept what he just said.

Kinew says it was the the express intent of residential schools to kill the Indian in the child.