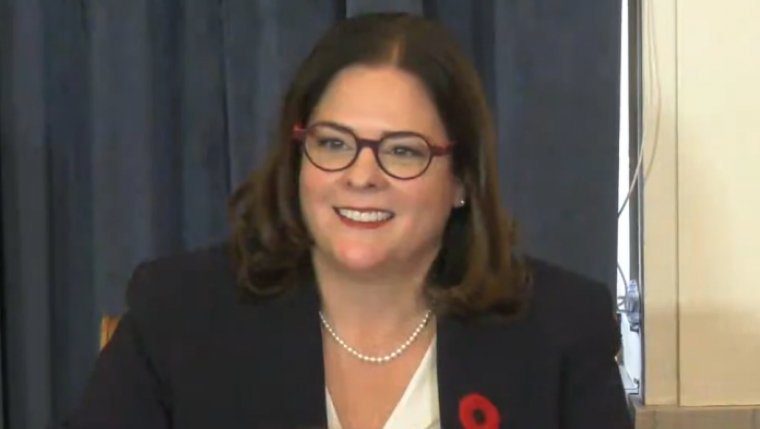 WINNIPEG - Following her swearing-in as Manitoba’s 24th premier and the first woman to hold the title in the province’s history, Heather Stefanson says she’s excited to take a new approach to government as she meets with her caucus and cabinet today, and looks forward to returning to the legislature to focus on fixing both Manitoba’s healthcare system and its economy.

Officials say Stefanson defeated the only other candidate in the race, Shelly Glover, who is both a former officer with the Winnipeg Police Service and a former Saint Boniface-Saint Vital MP, by just 363 votes out of the approximately 16,500 that were cast.

“I reflect on the many people who have paved the way to make this possible,” Stefanson says, “And I promise that our government will embrace their values of equality, inclusivity, and understanding.”

But Glover is claiming victory and refusing to concede after filing a court challenge to declare the election result invalid and trigger another vote. Glover says the leadership race suffered from “substantial irregularities.”

Stefanson says her top priorities as premier include advancing reconciliation, addressing surgical and diagnostic backlogs, improving education, and rebuilding the economy. She says the government will seek to foster consultation and better relationships with Manitoba communities. Stefanson says she's pledging to create a task force to tackle surgical and diagnostic backlogs, and to implement all recommendations from Dr. Lynn Stevenson’s review of long-term care.