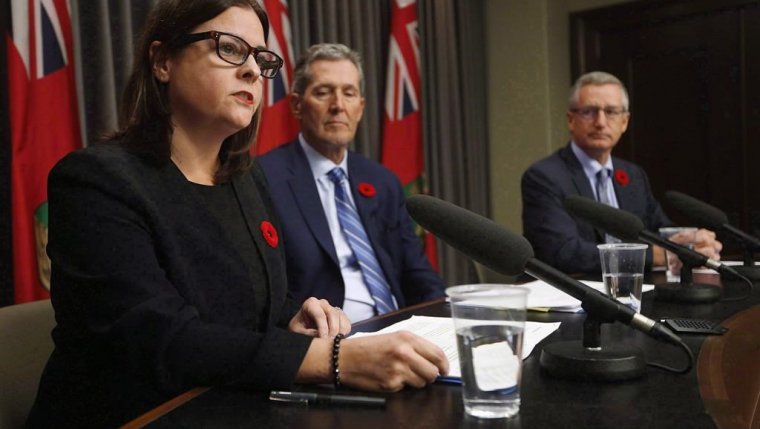 WINNIPEG — Some child−welfare agencies in Manitoba are worried they will be pushed into a new provincial funding model they say will put vulnerable Indigenous children at risk.

Under block funding, money isn’t tied to the number of children, which allows agencies some flexibility in how they spend it. The government said last year that funds would be based on outcomes rather than, in essence, providing incentives for larger caseloads and longer stays in care.

Premier Brian Pallister announced a block funding pilot project a year ago with the aim of having 18 agencies signed on by the end of 2018. Of 27 child−welfare agencies in the province, eight have signed on. Half are Indigenous agencies.

An analysis by Peguis Child and Family Services predicted a deficit of $3 million if the agency joined the project. Hornbrook said agencies are being financially starved so they will take part.

The agency currently pays about three months worth of child maintenance costs up front, depleting its accounts. Hornbrook said the previous NDP government would advance 80 per cent of those costs, but that was changed under the Progressive Conservatives.

Now, she said, the agency’s bank accounts can sit virtually empty for months.

"They are playing with the most vulnerable people’s lives."

Manitoba has the highest per−capita rate of children in care in Canada and apprehends about one newborn a day. As of March 31, there were more than 10,300 kids in care — almost 90 per cent Indigenous.

Families Minister Heather Stefanson said the block funding model is working and some agencies have been able to reallocate money to prevention and reduce the number of kids in care.

"We continue to hear the current funding model can inadvertently incentivize apprehensions, so our focus is to incentivize better results," she said in an emailed statement.

"When we looked at the whole issue of block funding, it looked really nice ... until you start delving into the meat and potatoes of it," she said.

Government officials met with the agencies in the Southern First Nations Network of Care in January. In a copy of the presentation obtained by The Canadian Press, the government said the intent is to switch to block funding no later than next April.

"Time is of the essence. There is no new money for (child maintenance) spending," the presentation said.

It said block funding would be based on how many days kids were in care for 2016−17. One per cent would then be calculated and added to the amount.

Stella Bone, executive director of West Region Child and Family Services, said after the meeting that her agency did a thorough analysis and found it would be left in a deficit.

West Region was under a block funding project overseen by the federal government from 1991 until 2011, which Bone said worked well. But Manitoba’s block funding plans would leave the agency without enough cash to support children already in care, let alone enough left over to support families and prevent apprehension, Bone said.

She said the funding doesn’t consider significant increases in child maintenance costs or in the number of days kids are spending in care over the last decade. The model also assumes agencies will save money by reducing the number of kids in care, Bone added.

"Our agency’s philosophy has always been to not take children into care unless absolutely necessary and therefore we do not have children in care that can be returned home to parents."