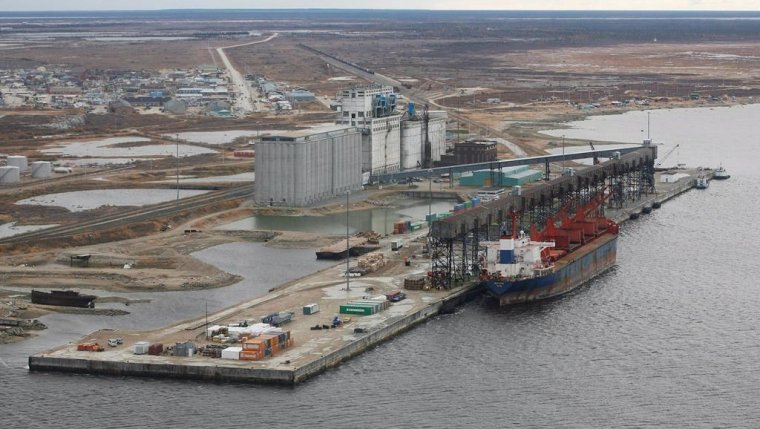 WINNIPEG — An agreement in principle has been reached to restore the only land link, along with hope for a solid economic future, to the town of Churchill in northern Manitoba.

The federal government and a consortium of northern communities said Wednesday night they had reached a deal to transfer ownership of the area’s rail line and port from Denver−based Omnitrax.

"The rail line is one of the foundational pieces of transportation infrastructure for the northern portion of the province," Natural Resources Minister Jim Carr said in a written statement.

"The announcement today is a signal that negotiations are moving forward and a made−in−Canada solution is imminent."

The rail line was severely damaged by flooding a year ago and Omnitrax said it could not afford the tens of millions of dollars to fix it.

Without rail service, goods and tourists have had to be flown in to Churchill at much higher prices and the port has been virtually idle.

The town of 900 people, known for its polar bear tourist season, has suffered economically and residents feared some of their neighbours would have no choice but to leave to find jobs elsewhere.

Churchill Mayor Mike Spence said the agreement to transfer ownership of the rail line and port on the shore of Hudson Bay is historic.

He said the community is looking to the future.

"Climate change is here. We are going to take advantage of that opportunity," Spence said. "The federal government has made it known that reviewing Arctic policy — Churchill will play an important role in that."

The town shared the news with residents in a community update posted on Facebook.

"The residents and businesses of Churchill have shown tremendous patience and resiliency during this very difficult time during the loss of rail service and reduced port operations," reads the message.

"The Town is pleased the federal government has recognized the importance and value of the port and rail line which are truly strategic assets of Canada."

Omnitrax had said the rail line was no longer viable and suggested it be run as utility, with government support likely needed.

Merv Tweed, president of Omnitrax Canada, said it is very pleased to see an agreement in place that will ensure the long−term operations of the rail line.

"We believe this is the best outcome for all stakeholders and look forward to working with Fairfax Financial and Grand Chief Dumas to facilitate a smooth transition of ownership," he said in an email.

Christian Sinclair, co−chairman of One North − a consortium of northern communities − said details of the agreement still have to be finalized.

"By next week, those details will go out and will be shared with the public,’’ Sinclair said.

"But the fact that we’re at this point is great for us because it allows us to still salvage a season (at the port) this year.’’

Also part of the agreement are Fairfax Financial Holdings and AGT Food and Ingredients Inc.

AGT is a Regina−based supplier of value−added pulses and staple foods, and could replace some of the business at the Port of Churchill that was lost when the Canadian Wheat Board, the port’s biggest customer at the time, ended its monopoly on western grain and barley in 2012.

"Over the last six months we have been working diligently with our many partners to come together, develop a business plan and satisfy the principles for successful new ownership," Fairfax president Paul Rivett said in a written statement.

"The federal government acknowledges the value and importance of our inclusive group and is supportive of our efforts to acquire the assets."

— With file from Kelly Geraldine Malone