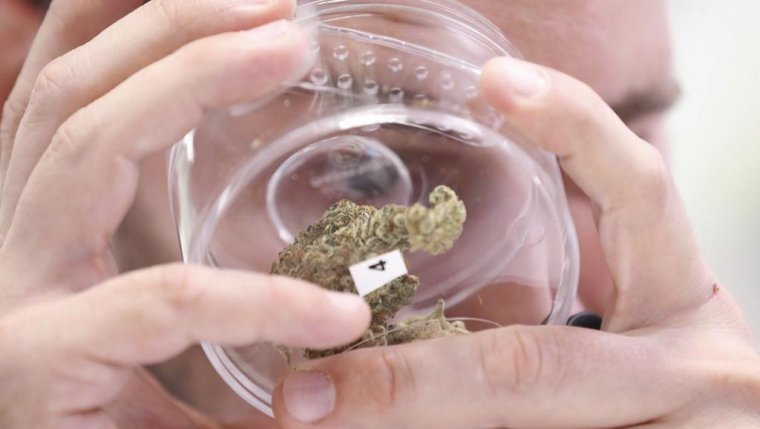 WINNIPEG — The Manitoba government says nearly 100 organizations have pre−qualified for the expansion of retail cannabis sales.

While it’s not known how many will be approved, the government is opening the door to new stores that it hopes will eat into the black market.

"Our goal remains for 90 per cent of the population to have access to retail (cannabis) within a 30−minute drive, within two years of legalization," Blaine Pedersen, minister of growth, enterprise and trade, said in a written statement Wednesday.

"The ultimate goal is to move to an open market through a streamlined application process in order to ensure Manitobans can access safe, regulated cannabis supplies."

Last summer, the province asked other potential retailers to submit bids to be part of a second wave of store openings. Roughly 100 passed the pre−qualification test, which included showing retail experience and access to at least $300,000 in cash holdings.

The province plans to discuss potential new locations with municipalities. Any new outlets will have to get licences from the provincial regulator, which has specific requirements for storage, security and worker training.

More than 20 of the new applicants are members of the Manitoba Hotel Association.

The province has not yet indicated when the next round of store openings will be approved. One hurdle is an ongoing wholesale shortage of cannabis that has affected existing stores.

Jocelyn’s members, who, like others, had to submit bids by the end of last August, are anxious to find out.

"We’re kind of just waiting for the government to move us along in the next step."