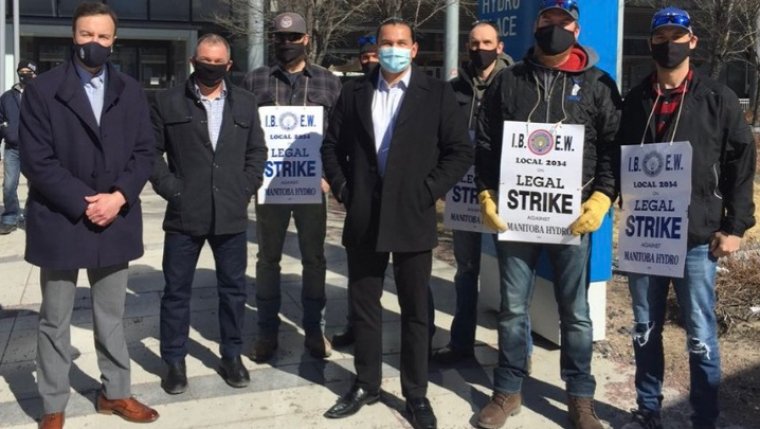 WINNIPEG - NDP leader Wab Kinew has promised to delay passage of a government bill that would limit the ability of the Public Utilities Board to set Manitoba Hydro rates. He made the pledge on the picket line with striking Hydro workers.

The opposition can hold five bills from spring to fall and Kinew says Bill 35 will be the first.

According to the New Democrats, this is part of a larger plan by premier Brian Pallister to partially privatize the Crown corporation.

The governing Conservatives say the bill will actually enhance the PUB's oversight and they accuse the NDP of scaring Manitobans with false information.