Motorcycles Roared Out Of Winnipeg to Start an Important Journey 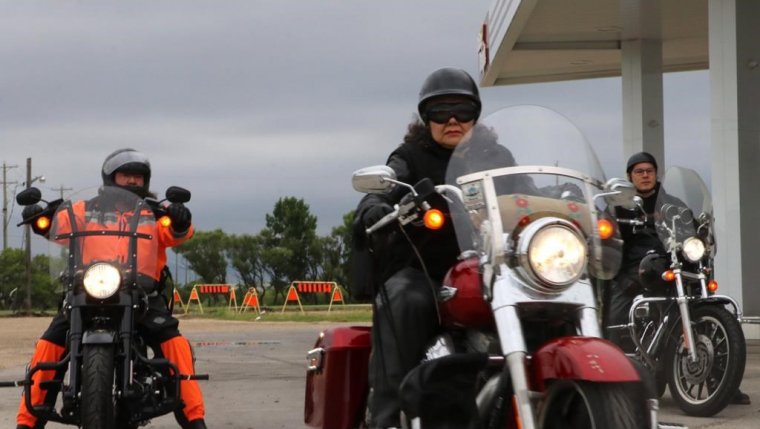 WINNIPEG — Four motorcycles roared out of Winnipeg on Friday at the start of a journey across the West to draw attention to the plight of former Indian day school students.

Indigenous lawyer and activist Joan Jack led three other motorcycles onto the Trans−Canada Highway on Day 1 of the 2,300−kilometre trek.

"I would say that 95 per cent of Canadians have no idea there were Indian day schools all throughout Canada, and that the purpose of them was the same as the residential schools, which was to kill the Indian in the child," Jack said.

"Canadians that I have spoken with are shocked and disgusted that people have not been compensated."

Starting in 1920, Indigenous children who didn’t attend residential schools were still legally required to go to government−funded day schools. They were not included under a residential schools compensation agreement in 2006, the largest class−action settlement in Canadian history.

Jack was involved in filing a day school class action in 2009. A lawsuit led by an Ontario−based law firm was certified this month.

Jack said the ride is to let former day students know their rights and urge them to avoid being exploited by the legal community "the way that our people were during the Indian residential school individual assessment process."

"I just want the people to know that I’m not gone and I and other lawyers who believe in doing things with honour and doing things properly, we got their back."

Derek Nepinak, former grand chief of the Assembly of Manitoba Chiefs, started the Treaty Freedom Riders five years ago. Motorcyclists on that first trip stopped in 41 communities over 11 days.

This time, the motorcycle run aims to arrive in Vancouver on Monday for the Assembly of First Nations annual general assembly.

It is powerful to have Indigenous people riding motorcycles across their traditional territories, Nepinak said.

In the past, people would ride horses along the route in search of buffalo. While the mode of transportation is different and they are not hunting, the goal of community support is still the same, he said.

"It’s absolutely about reclaiming our space as Indigenous people and, in particular for me as an Indigenous woman, asserting my right to be in a public space ... in the way I see myself and not necessarily in the way that the Canadian society defines me."