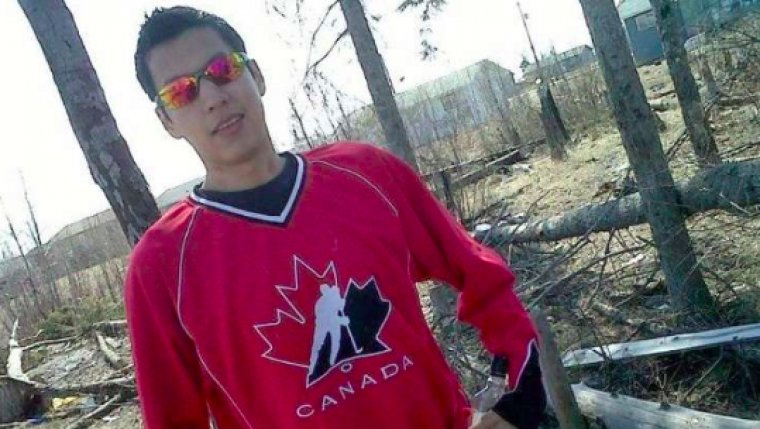 NELSON HOUSE — The mother of a man charged with impaired driving after three boys were killed in a northern Manitoba community says her heart and soul are broken.

"(I am) still in disbelief," Valdine Linklater said Tuesday.

Todd Norman Linklater, 27, is facing numerous charges, including impaired driving causing death and failing to remain at the scene of an accident.

RCMP say Mattheo Moore−Spence, Terrence Spence and Keethan Lobster, all between 11 and 13, were walking and riding bikes on Saturday night when they were hit on a road near Nelson House, about 850 kilometres north of Winnipeg.

During a brief interview over Facebook messenger, Valdine Linklater said that as a single mother it was always her and her boys "all the way." Now she is relying on her faith to help her and the community get through "the hardest thing ever."

"Hopefully this is a wake−up call for a lot of people that drinking and driving has consequences," said Marcel Moody, chief of Nisichawayasihk Cree Nation, which includes Nelson House.

Todd Linklater is well−known and liked in the community of about 2,500 residents, Moody said. He plays a lot of sports and has a young family.

Court records show Linklater lost his licence for a year after pleading guilty to drunk driving in 2009. He also pleaded guilty to assault, mischief and uttering threats between 2010 and 2016 and failed to comply with court orders to abstain from alcohol.

The families of the young boys have reached out to the Linklater family, Moody added, because they believe it is important to forgive to move forward.

"Part of our healing process is just to forgive people, forgive each other. That’s been our tradition, our custom," he said. "It’s a difficult step in the whole healing process, but that’s what the families want to do."

Moody said alcohol is a problem in the community, but he’s not sure of the extent. During a vigil to mourn the boys on Monday night, Moody said, many people spoke about alcohol’s impact on the community.

"Sometimes you can make sense of a senseless act in terms of maybe it’s a lesson we need to learn and hopefully people wake up and stop what they are doing — take on responsibility for their own lives," Moody said.

"If you don’t take measures to clean up your own act, it can affect other people in the community."

Nelson House already has an alcohol limit — one case of beer per resident a day — but booze has been banned while the community plans the funeral for the boys.