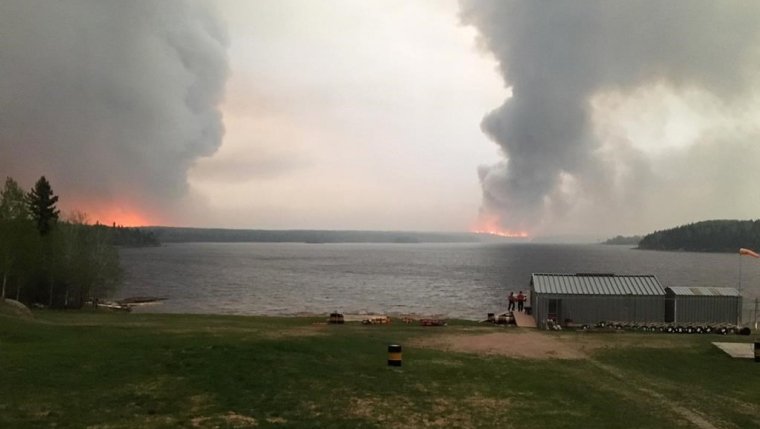 WINNIPEG — The weather was co−operating Thursday with efforts to evacuate some 1,400 people from two First Nations communities threatened by forest fires in northern Manitoba.

With thick smoke no longer causing trouble at the airport in Little Grand Rapids, planes and helicopters were moving people out of the community as well as neighbouring Pauingassi, about 260 kilometres northeast of Winnipeg.

"Things are going smoothly at this point. Our focus is on getting the last people out," said Jason Small, a spokesman for the Canadian Red Cross.

"As long as everything goes well, we are working towards getting everybody out ... by the end of today."

A dry spring has led to an early forest fire season across Manitoba. The blaze near Little Grand Rapids broke out earlier this week and had grown to cover 200 square kilometres by Wednesday evening.

Chief Raymond Keeper of Little Grand Rapids said homes were damaged in his community but no one was killed.

"Material stuff can be replaced but lives can’t be, so we’re very fortunate," Keeper said Thursday.

"They picked up another small bundle (of people) this morning and they’re just looking to see if there’s any more left."

The Canadian Red Cross, which is in charge of the evacuation, was using chartered private planes, a military transport plane and a military Chinook helicopter. The helicopter was being used primarily in Pauingassi, which has no airport and lies 12 kilometres from Little Grand Rapids.