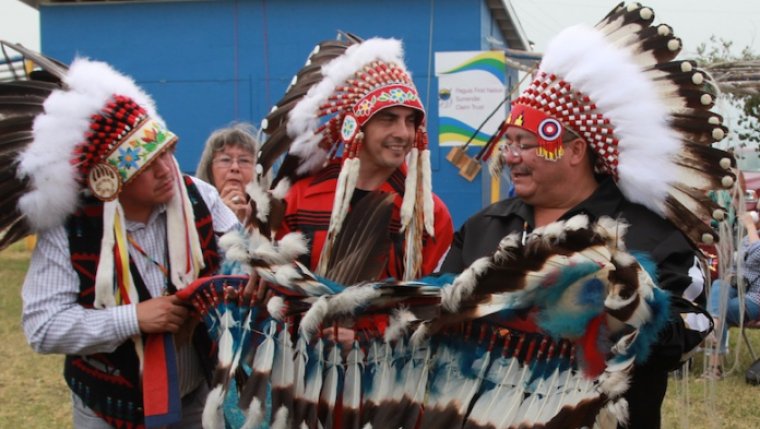 WINNIPEG - The Manitoba government is releasing details of a promise it made in the 2020 speech from the throne as it holds a design competition for a monument to Chief Peguis for the grounds of the Manitoba Legislative Building.

The province says it’s working along with a committee to commemorate the July 18, 1817 Peguis-Selkirk Treaty, and is reaching out to artists who would like to contribute their vision for what the statue should look like.

Co-chairs Bill Shead and John Perrin say the committee is glad it can move forward into the first phase of the design stage of the project after four years of planning. “It is our hope this monument will inspire all Manitobans to recognize First Nations contributions and embrace mutual respect and reconciliation,” the pair said in a joint statement.

Indigenous Reconciliation Minister Alan Lagimodiere says the monument will be installed in a prominent place on the Legislative Building grounds, and will be the first to recognize the achievements of First Nations Peoples in Manitoba. The province says it’s investing $500,000 toward its construction.

The Committee to Commemorate the 200th Anniversary of the Peguis Selkirk Treaty is an all-volunteer committee representing more than 20 Indigenous and non-Indigenous groups. It's responsible for gathering design proposals and arranging funding for the design, construction, installation, and maintenance of the monument. To learn more about the project, you can visit the [Peguis-Selkirk Treaty] website.