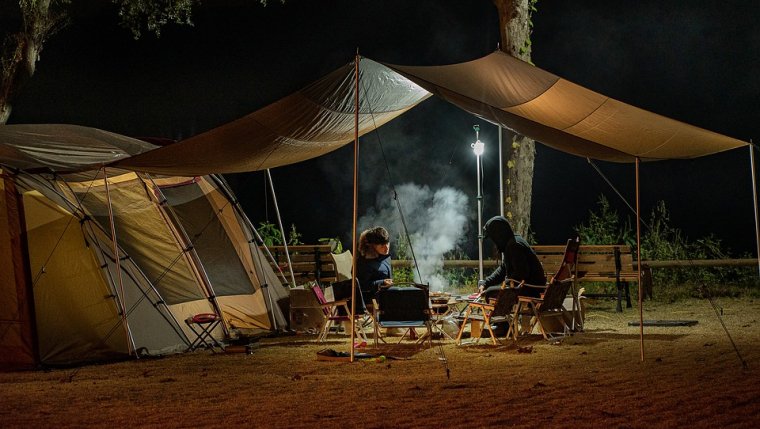 WINNIPEG - Reservations are now open for campsites at Winnipeg Beach, Whiteshell, and several other provincial parks this morning, two days after it took less than five hours for campers to snag time slots for all of the cabins, yurts, and campsites in Birds Hill Provincial Park.

With warmer weather in the forecast, travel outside the province discouraged, and travel restrictions in place for northern Manitoba, Birds Hill Provincial Park was such a popular destination that there were 12,825 people on the site in its opening minute - many of whom were using multiple devices - over 10,000 more than the number of visitors the same time last year. But Manitoba has a lot more to offer campers than Birds Hill. This Canadian world traveller calls Little Limestone Lake “Manitoba’s Caribbean.”

Are there really a shortage of camping spots or are people not willing to drive further than Birds Hill?
Put this on your bucket list & I highly recommend Cook’s Cabins & campground.
Take a trip to Manitoba’s Caribbean & worlds largest marl lake. https://t.co/hwNKsnZ0xQ

The province says 11,000 applications were processed by 11 Monday morning, a rate of 45 every minute. By 9 am on Wednesday, more than 46,000 would-be campers were waiting in line. Last year the province opened bookings in two stages as popularity grew due to inter-province and international travel restrictions. This year there are three booking stages to accommodate what has proven to be an even bigger surge in demand.

Next week Monday, April 12, reservations for any remaining Manitoba campgrounds will open, and Manitoba Parks recommends looking at different dates, locations, and days of the week that may not be as busy, and checking for late-season cancellations.

Those who prefer to book by phone can call 204-948-3333 in Winnipeg, or toll-free at 1-888-482-2267. The province says campers should double check updates on the latest public health orders before heading to a campsite. You can visit the Manitoba Parks website for more information.