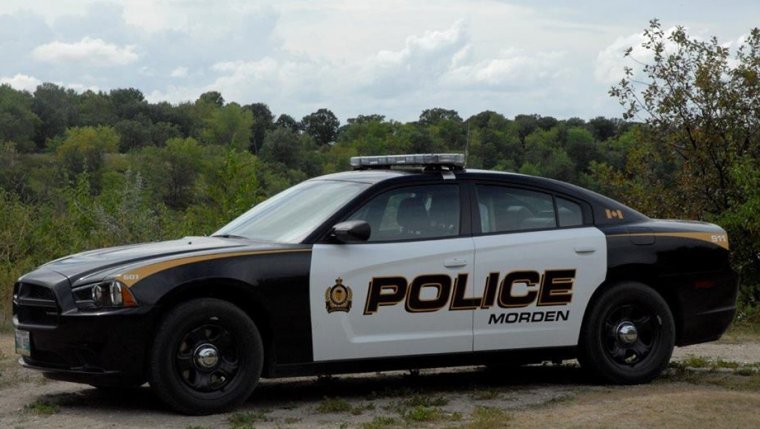 Police said they received information that the suspect was going to attend to the home with gang members and weapons to rob the owners at gunpoint.

Shortly after midnight on the 21st, Police were near the home and spotted a suspicious vehicle. Police attempted a traffic stop and several people fled from the vehicle. One of the officers was able to locate the suspect on foot and the other officer continued after and located the suspect vehicle.

Winkler Police responded to the area and provided Morden officers with assistance. The Winkler Police K-9 unit was brought in which resulted in the apprehension of the suspect that fled. This suspect was wanted by the Winnipeg Police and was taken into custody. The remaining occupants of the vehicle were also taken into custody by police. During a search of the vehicle, police located and seized 3 guns, which were later determined to be pellet guns.

Police said, 33 year old Sheldon Guy McIntyre has been charged with Possession of a Weapon for a Dangerous Purpose, Possession of a Firearm while Prohibited and for failing to comply with the conditions of a Release Order. McIntyre also had an unendorsed warrant for his arrest from the RCMP. He was taken to the Winnipeg Remand Centre to appear in court the following morning.

The suspect located by the Winkler K9 unit was also taken to the Winnipeg Remand Centre to deal with his outstanding charges.

A third suspect was released on an Appearance Notice and will be appearing in Morden Provincial Court in February on similar charges. Formal charges have not been laid against this suspect so police cannot release his name at this time.