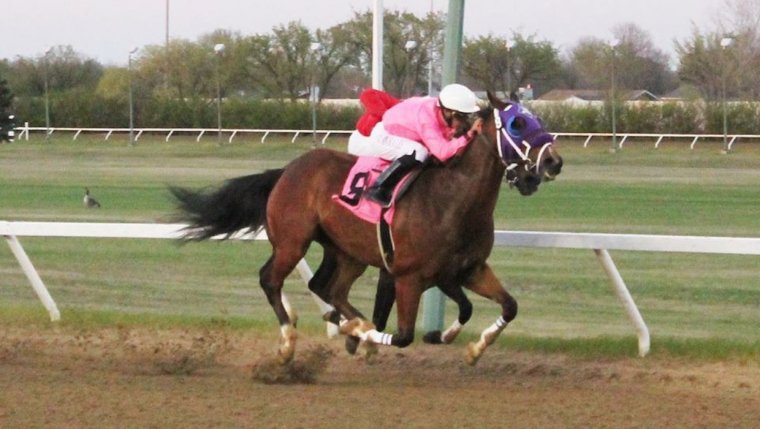 WINNIPEG - Adolfo Morales, the No. 2 jockey at Assiniboia Downs last season, didn’t pick up a win in the Mother’s Day opener this year.

But during the first full weekend of the 2018 meet, a three-day holiday affair, Morales made his presence known.

Morales, 47, who led all jockeys in earnings last year with $447,651 in purses – about $25,000 more than leading jockey Rohan Singh – was outstanding this past weekend.

He opened the weekend on Friday night with a win in the first race, aboard Sea My Moves. On Saturday night, he won the first overnight stakes race of the season, taking the Intercontinent Overnight Stakes on Alpine Luck (his second straight win) and finished the weekend with five wins and $51,874 in earnings.

By the time the weekend was completed, Morales was in first place in the jockey standings with five wins, one second place finish and seven third place finishes as he finished in the money in 13 of 18 starts. The only jockey in history to have ever won the Peruvian Quadruple Crown, now leads ASD in wins and earnings.

And, of course, no one is surprised.

Morales came to Winnipeg in 2009 and started quickly, winning the Manitoba Derby aboard Smuggler’s Hold. Heading into this year’s 50-day meet at ASD, he has won 877 races and $9.5 million during a career that started riding at his father Arturo’s bootstraps in Peru.

He won his second Derby in 2015 aboard Flashy Jewel and finished second last year on the amazing filly Escape Clause, the 2017 Manitoba Horse of the Year. He and his wife Paola live in Phoenix during the winter season.

Live racing returns to the Downs on Friday night at 7:30 p.m. And don’t forget on Fridays, Saturdays and Sundays, the free VLT tournaments continue, starting at 8 p.m. each night. You can get into the draw for 10 chances to win $20 in free VLT spins. The top winner from each night participates in a month-end finale for more spins and $250 in prize money.