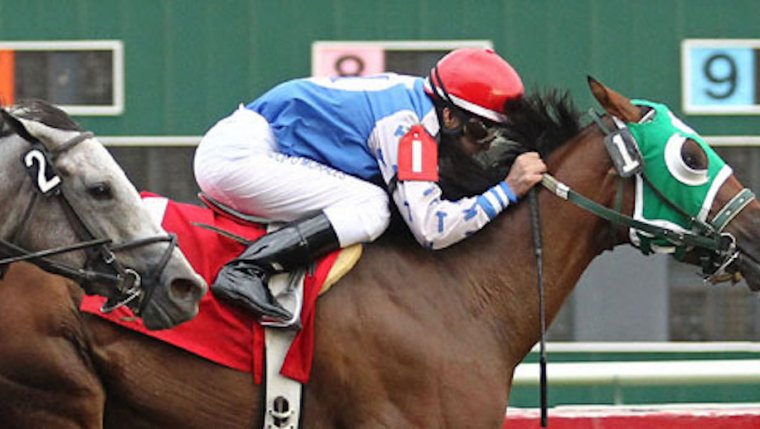 WINNIPEG - Last season, Adolfo Morales led most of the way before Rohan Singh caught him at the finish line to claim the Assiniboia Downs jockey title.

This year, Morales is off to another hot start but this time, his toughest competition is a guy who doesn’t even get that many rides.

After the first six days of racing at the Downs, Morales leads the way with six first-place finishes, four seconds, eighth thirds and a monstrous $65,879 in earnings. It’s not that surprising considering that Morales led all ASD jockeys in winnings last season with $447,651 (almost $25,000 more than leading-jockey Singh), but he’s already more than $20,000 ahead of No. 2 Antonio Whitehall who has won three races this year (10 second-place finishes) and $45,481.

Morales had one win on the weekend, bringing home This Cat’s Awesome for trainer Jared Brown in Race 6 on Saturday.

However, while Morales is on top with six wins, he’s also made 24 trips to the starting gate.

Meanwhile, the No. 2 jock in the race, Paul Francis, has four wins in only 15 mounts this season. Francis, who has a record of 4-2-1 and $33,885 in earnings, did not even have a ride this past Saturday night after winning aboard Lil Lottie for trainer Eurico Martens.

If Francis can get himself on more horses, it might become quite a jockey race between two veterans – the 47-year-old Morales and the 40-year-old Francis.

Meanwhile, there are seven jockeys tied for third place in the standings, all with three wins – Whitehall, Domingo Chacaltana, Renaldo Cumberbatch, Tim Moccasin, Richard Mairs, Chavion Chow and Dario Dalrymple. To their credit, Chow and Dalrymple have made it into the race with even fewer starts than Francis. Dalyrmple had 14 rides this season while Chow has had only 12. Get some of these guys riding more often and there is no telling how good they can be.

Meanwhile, veteran Jerry Gourneau leads the trainers’ standings with nine wins, four seconds and three thirds in 46 starts. He has won a sensational $68,775 already this spring. Eurico Martens is next with five wins in 11 starts and Don Schnell has four wins only seven starts to hold down third place.

And don’t forget all season, on Fridays, Saturdays and Sundays, the free VLT tournaments continue, starting at 8 p.m. each night. You can get into the draw for 10 chances to win $20 in free VLT spins. The top winner from each night participates in a month-end finale for more spins and $250 in prize money.