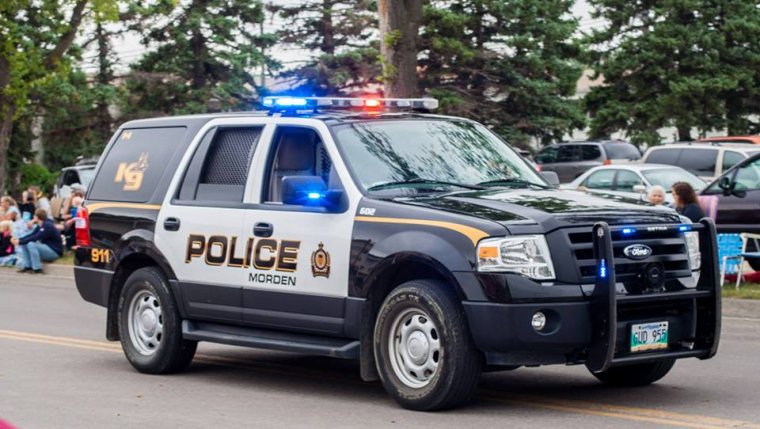 MANITOBA - This is a round-up of the calls for service that Morden Police attended to during the week of December 9th to December 16th.

Police received a report of a vehicle passing a school bus while the bus was stopped picking up children. The bus had its lights flashing and stop sign in use but the suspect vehicle did not stop and wait. The registered owner of the vehicle was charged with Pass a Stopped School Bus which carries a fine of $672.

On December 7th, Police received information that a male was at a residence in Morden when he was on conditions to not attend this residence. On December 9th, 2019 this male was located at a traffic stop in Winkler and was arrested for Failing to Comply with his Undertaking. The 20 year old Morris resident appeared in Morden Provincial Court the next morning.

At 7:50 pm, police were dispatched to a domestic dispute between a father and his wife and daughter. Police arrived and spoke to the two females and both reported that they had been assaulted. A 51 year old Morden resident was arrested and charged with two counts of Assault. He was released on a Promise to Appear with conditions for Morden Provincial Court in January.

At 10:40 am, police received a call from a homeowner in the 100 block of 10th Street reporting a theft. The caller reports that sometime during the day on December 10th her deer Christmas decorations were stolen from her front yard. The deer decorations are described as being approximately 3 feet in height with lights. Police are continuing their investigation.

Police issued a ticket for Use Cellular Telephone or other Hand Operated Electronic Device while Driving a Vehicle, which carries a fine of $672 and a three day driver’s license suspension.

At 9:40 am, police attended a minor traffic accident at the corner of Wardrop and 2nd Street. A grey Ford F150 slid through the stop sign at 2nd street and struck a grey Honda CRV. There was minor damage to the vehicles but tow trucks were not needed. No one was injured as a result of this accident.

At 10:10 am, police were dispatched to a domestic dispute. Police arrived and spoke to both parties involved who reported they were having an argument but no assaults were reported. Police mediated the situation and it was decided the male would leave the residence for the day. No charges were laid as a result of this incident.

Police received information that a male was at a residence in Morden when he was on conditions to not attend this residence and not communicate with the female residing at this residence. Police attended and located the female and male suspect at the residence. A 20 year old Morris resident was arrested for Failing to Comply with his Recognizance and was remanded into custody. He will appear in Winnipeg Provincial Court on Tuesday.

At 11:50 pm, police were dispatched to a residence regarding an assault. The female caller was hiding in the basement waiting for police to attend. Police arrived on scene and the male suspect was arrested for Assault. A 44 year old Morden resident is charged with one count of Assault and was remanded into custody. He will appear in Winnipeg Provincial Court on Tuesday.

Anyone with information regarding the above incidents is asked to call the Morden Police Service at (204)822-4900, Crime Stoppers at 1-800-222-8477, submit a secure tip online at www.manitobacrimestoppers.com or text “TIPMAN” plus your message to CRIMES (274637).