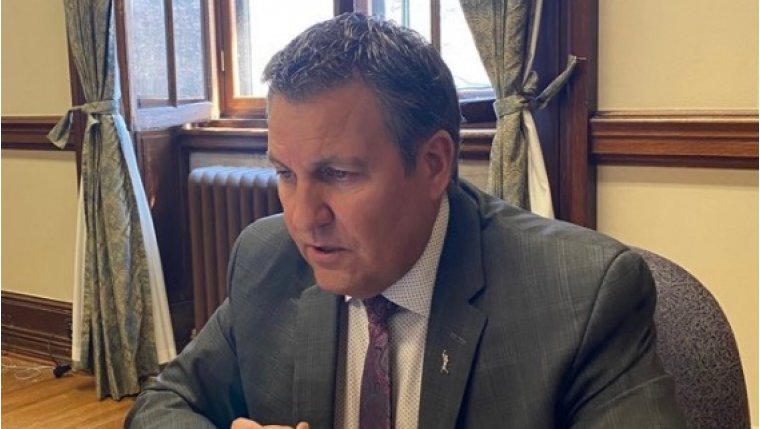 WINNIPEG - Manitoba’s education minister says he’s concerned about misinformation circulating about Bill 64, the province’s proposal for overhauling its education system. During a telephone Q and A session Thursday, Cliff Cullen discussed what he referred to as misconceptions, while addressing the resulting fear expressed by those who the changes may impact.

Cullen says the bill would simplify school administration, replacing the province’s 37 school divisions with 15 Education Authority regions, and giving parental engagement a higher priority. The minister says Bill 64 is just one aspect of a broader vision for education across the province.

"Our strategy is built on four pillars,” Cullen explains. One is improving learning and outcomes, the second is student engagement and competence for future careers, the third is ensuring teachers and staff have the tools they need to teach effectively, and the fourth is governance - which Cullen says is what tends to get the most attention.

One “myth,” according to Cullen, is the idea that passage of the bill would result in school closures, and Cullen says the province is committed to building 20 new schools within 10 years. Cullen previously announced $24 million had already been set aside to buy land for seven of the school sites in places like Brandon, Devonshire Park, Sage Creek, and West St. Paul. Six of the 20 planned schools are already built and in use, and six more are expected to be constructed by 2022.

But Manitoba NDP Leader Wab Kinew says he doesn’t trust the province to follow through. Kinew says he’s worried that the views of parents and teachers will end up getting ignored in time, and despite community councils being formed at every school, he doesn’t have much confidence in their potential to be effective. Kinew says he’d like to see the amount of bureaucracy in the province minimized to ensure those voices are heard.

Cullen says he has already received a lot of feedback from school boards as part of the consultation process, as well as from parents who want to understand how the legislation will impact them and their children. But Cullen says community engagement is far from over. The Parent Engagement Task Force is scheduled to begin next week consisting of 15 local town halls, where community leaders, MLAs, parents, and school staff will discuss how the proposed parent advisory councils and other aspects of an updated education system would work. Cullen says he encourages parents to look more deeply into the details behind Bill 64 at the Better Education Stations Today (BEST) website.

The provincial legislature will vote on Bill 64 this fall.