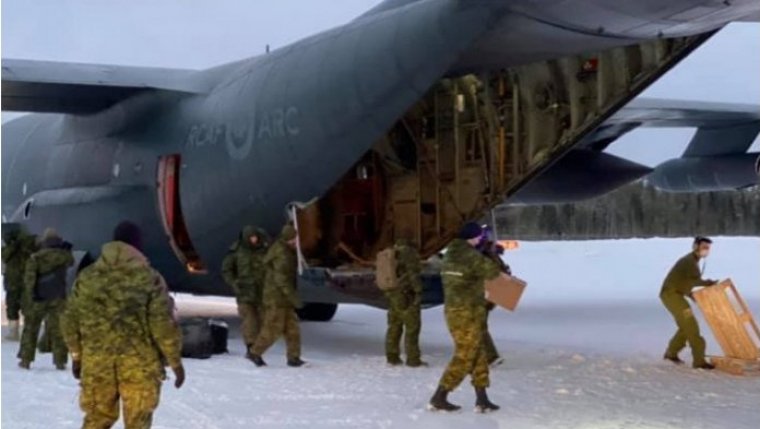 WINNIPEG - The Canadian Military has arrived at another isolated Manitoba First Nation in an effort to tackle the spread of COVID-19 there.

Public Safety Minister Bill Blair says the army was deployed to Pauingassi First Nation, where cases of the virus have surged, 280 km northeast of Winnipeg. Prime Minister Justin Trudeau says the troops will be there until Wednesday, doing wellness checks and providing logistical support, transporting medical supplies and other goods around the community where it’s needed.

The Indigenous community is 225 km north of Pinawa, but, while it has no permanent road access, a trip by winter road winds 400 km around Manitoba’s lakes. The military was also deployed to help Shamattawa First Nation in December after nearly one third of its population tested positive for the coronavirus, and soldiers have assisted a similar healthcare crisis in Garden Hill First Nation that was declared in January.