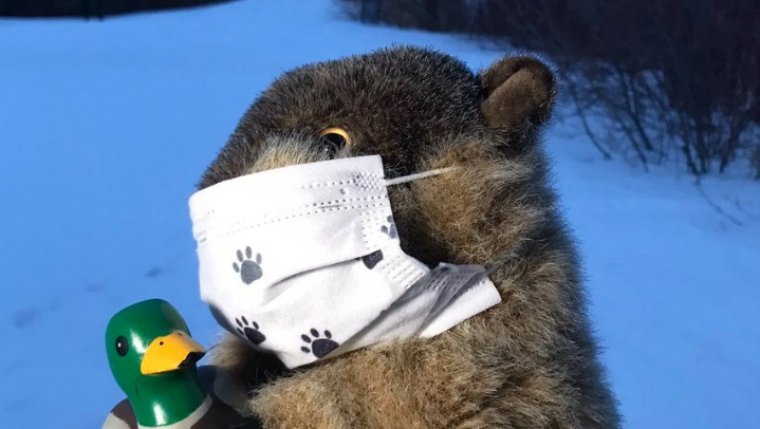 WINNIPEG - Manitobans who aren’t fans of winter have cause to celebrate Groundhog Day today. The province's woodchuck weather forecaster says we’re going to have an early spring. This morning, Manitoba Merv, wearing a paw print facemask, emerged from his burrow at the Oak Hammock Marsh Interpretive Centre to declare his annual winter prediction.

Jacques Bourgeois, Communications Coordinator (and groundhog translator) for the centre, says, since there wasn’t any shadow for Merv to see, the province will have an early spring this year. Bourgeois says, according to Merv’s analysis, the province will likely see spring weather arrive by mid-March.

As Canadian humans and groundhogs wake up from coast to coast, Merv's forecast is in agreement with those of other rodent weather specialists. Neither Nova Scotia's Shubenacadie Sam or Ontario's Wiarton Willie spotted their shadows this morning.

Tradition says if on Groundhog Day the groundhog comes out of its burrow and can’t see its shadow, we’ll have an early spring - but if it can, we’re in for another six weeks of winter.

Winnipeg Wyn, a real groundhog, had trainers interpret her predictions based on how active she was in the days leading up to Groundhog Day. She passed away last year, so more localized predictions for the city are being crowdsourced this year. 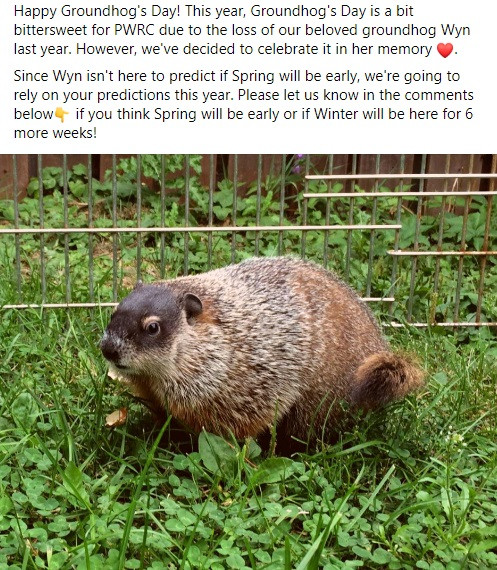