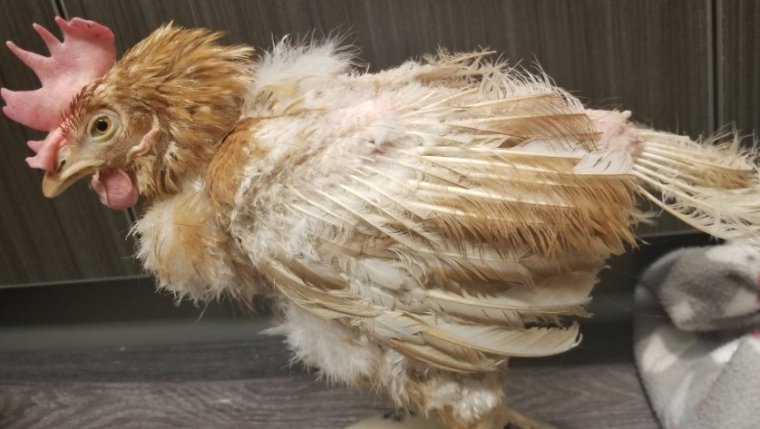 WINNIPEG - This is Pearl, an egg-laying hen with severe feather loss, who was found with four other hens clinging to life at Brady Road Landfill.

The five birds were found on top of a pile of thousands of dead hens.

They were spotted by kind-hearted workers who contacted The Good Place: Farm Rescue & Sanctuary which is where the birds will live out the rest of their lives.

Manitoba Egg Farmers says it was devastated to hear about this.

The industry group says chickens and hens are euthanized by trained professionals once they are about a year and a half old because their egg quality deteriorates.

It says it's following up with all the parties involved to enforce animal welfare protocols.

Meet Pearl: An egg laying hen with severe feather loss who was rescued from the Brady landfill on April 1st, 2021. Pearl was part of a routine mass culling of young, healthy hens because egg production started to decrease in her barn. https://t.co/WWRvrBeZKm pic.twitter.com/rh4aQzA54H