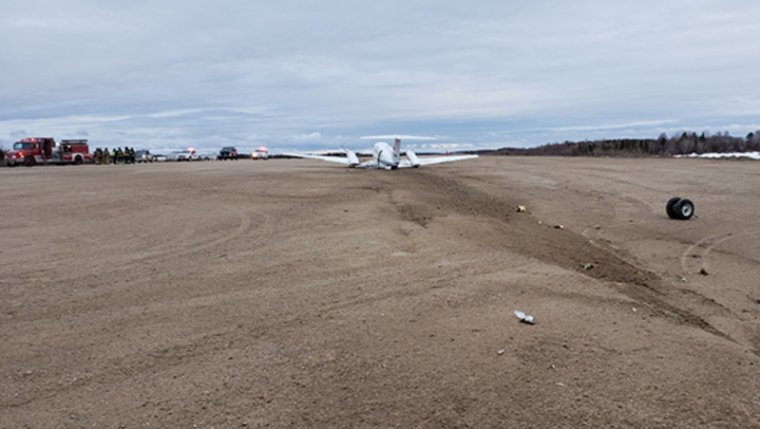 GILLAM - Last evening at around 7:00 a medevac flight that was en route from Winnipeg to Churchill crashed near the Gillam airport.

The Super King Air 200 aircraft attempted to make an emergency landing at the Gillam airport and landed on the frozen lake before coming to a stop at the edge of the runway.

There were four people on board - two pilots and two flight paramedics. No injuries were reported, however all were taken to hospital as a precaution.

Transportation Safety Board has been advised.