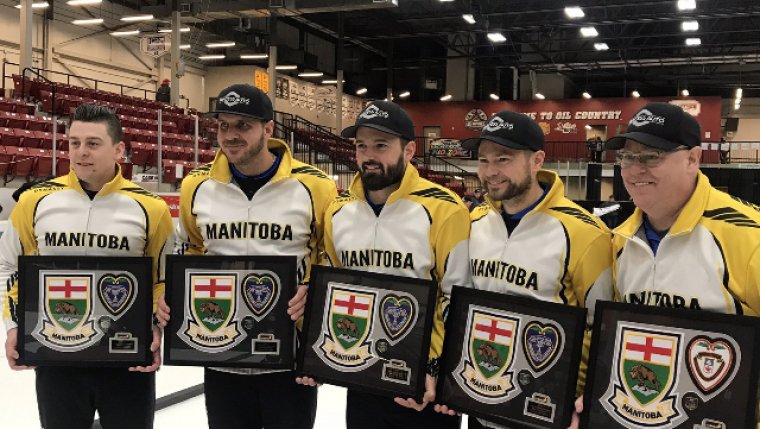 CURL MANITOBA - After most of a decade of competing against each other at the highest level of Manitoba and Canadian Curling, including each winning two of the last four Manitoba titles, the combined might of Mike McEwen and Reid Carruthers has resulted in another Manitoba championship and a trip to the Tim Hortons Brier for both of them.

After three blanked ends to start, the West St. Paul foursome scored a deuce and stole one to lead 3-0 at the mid-game break. Lyburn blanked the sixth and got the miss he needed, scoring a three to tie 3-3 after seven ends.

The McEwen/Carruthers team came back with two on the eight and Lyburn blanked the ninth to trail 5-3 coming home. The West St Paul team was not to be denied, leaving Lyburn little to work with throughout the end. McEwen’s final stone takeout removed Lyburn’s last hope and the game ended with his final rock unthrown.

The question about the team’s proper name has now ended as McEwen, Carruthers, Samagalski, Hodgson and Coach Rob Meakin will now be called Team Manitoba at the Tim Hortons Brier in Brandon in early March.