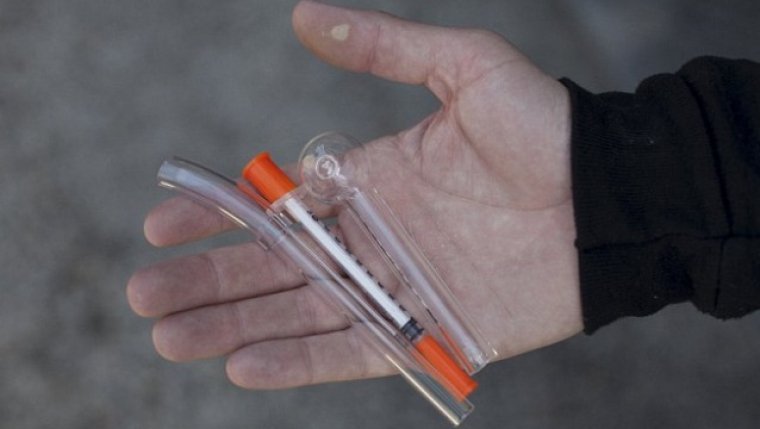 In the summer of 1988, a young MTN reporter met with a Duffy's Taxi driver, who had noticed an emerging public safety issue was being missed by the media and wanted it brought to public attention: needles discarded by drug addicts on streets and boulevards.

"T's and R's", crushed Talwin and Ritalin pills, was becoming the intravenous drug of choice on the Main Street strip. And after the cabbie scooped up 2 used "rigs" for MTN to take to the Public Health Officer for scientific analysis and comment, a big story was broken -- by Kelly Dehn.

The cabbie was Marty Gold, and 30 years later Dehn is the Manager of Public Affairs for the Winnipeg Police Service.

The depth of modern-day drug addiction in Winnipeg was finally exposed this weekend with the disclosure that 2 Million free needles are being handed out this year (mostly to meth addicts), something Mayor Bowman has never mentioned.

The escalating collection of used needles by the Bear Clan formed the basis of some calculations by Marty Gold and comparisons to other cities. He discovered that outdated and defunct data is being relied on by the Winnipeg Regional Health Authority to persuade the public its free needle program is damn near risk-free.

Damn not, as you'll hear in this eye-opening 10 minute podcast.