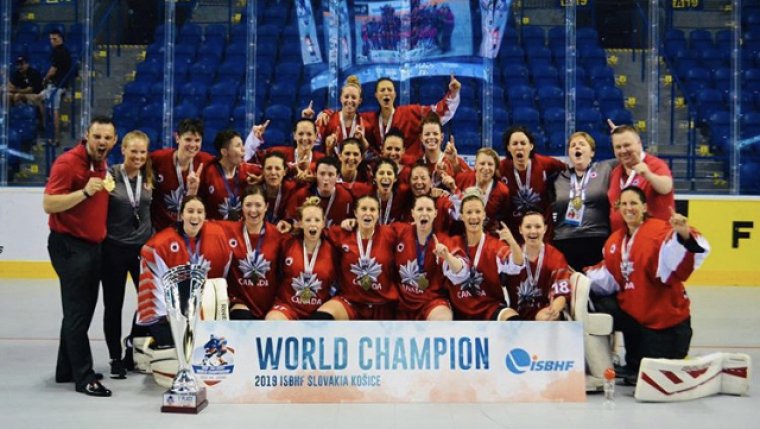 18 Year old goalie Julianna Thomson led the way in net with a 4-0 record during the tournament allowing only one goal. Angie Cerilli had a strong perfomance playing as a forward and getting 1 assist during the championship. Both players were representing Manitoba on Team Canada for the first time.

Remi Laurencelle was playing for the second time on Team Canada. Remi had a very strong showing with 5 points in 7 games playing on the top line. Team Canada's men lost once again to Slovakia who have now won 4 championships in a row. Remi has captured a silver in 2017 and now a bronze in 2019.

Canada is set to host the next World Championship with Manitoba being a potential host location.