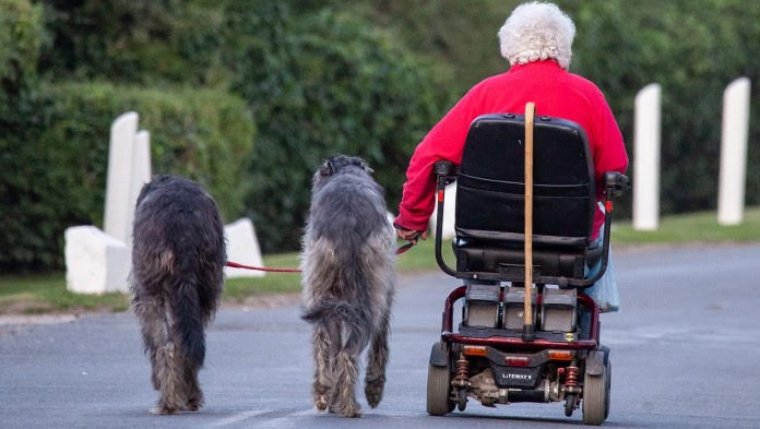 WINNIPEG - As weather across the province becomes more bearable, one Manitoba city has a unique problem. Winkler is asking some of its citizens to slow down and stick to the sidewalk. Officials say it’s become common for people to drive mobility scooters down the main streets of downtown in the small city — as well as along the nearby intersecting highways.

The city has spoken with its police force about the situation, and it's issuing a notice to mobility scooter operators that driving down a road that's next to a walkway is illegal and could lead to a hefty fine. The mayor is asking residents to get into the habit of using the sidewalk instead — and to find a larger automobile to take out on the highway.

But that isn’t the only concern involving the small machines in the southwestern community of just over 12,500. While most mobility scooters move slow and steady, some can hit nearly 30 km/h. Winkler’s mayor has two words for people who have felt the need to put pedals to metal while cruising down the sidewalk: please don't. He says high speeds have recently resulted in a lot of close calls with pedestrians.

The Manitoba Highway Traffic Act classifies people riding mobility aids as pedestrians who must follow the rules accordingly. The Winkler Police Service says the scooters must stop at all intersections, may only seat one person, and are allowed to drive no faster than 10 km/h — around the average speed pedestrians move while running.

Police say operators should also yield to pedestrians, watch for children, slow down while turning, avoid turning left if at all practical, avoid rush hour, and remain seated until the ride has come to a complete stop.