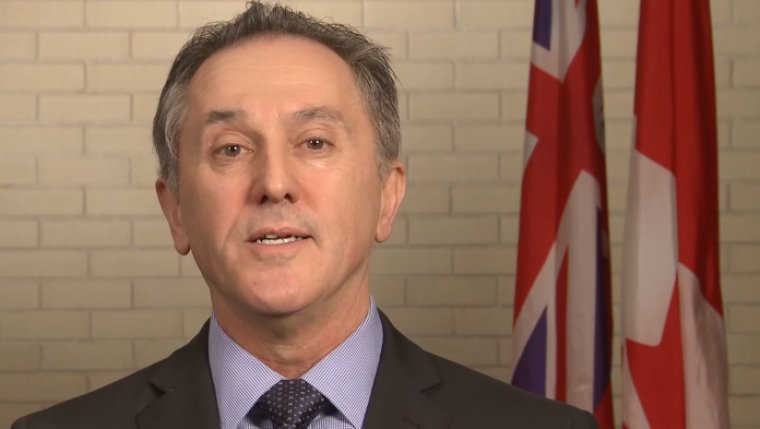 WINNIPEG - The Manitoba government is officially recognizing the National Day for Truth and Reconciliation as a day of observance, with plans to lower flags on all its buildings to half-mast, and encouraging reflection and discussions on the impact of Canada’s residential school system.

Indigenous Reconciliation Minister Dr. Alan Lagimodiere says schools will be closed, public servants will observe the day, and non-essential government offices will shut down on September 30. The province says it will support several Indigenous-led events and seek opportunities to advance reconciliation.

“We all have a role to play in reconciliation,” says Lagimodiere. “We can all listen, learn, and support the healing needed to address the intergenerational trauma caused by the residential school system.” Lagimodiere has said there’s still much work to be done, citing the Truth and Reconciliation Committee’s 94 Calls to Action.

Lagimodiere, who’s Métis and grew up in Northern Manitoba, has announced funding for a monument depicting Chief Peguis. In the spirit of the TRC’s commemoration-themed Calls to Action (79-83), it will be the first statue of a First Nations person featured at the Legislature.

Around 150,000 First Nations, Inuit, and Métis children attended nearly 140 residential schools between the 1860s and 1990s. Roman Catholic and Anglican groups operated 84 per cent of church-run schools, while 21 of the schools were dubbed hostels and “vocational centres,” and run by the federal government.

The TRC's final report estimates over 4,000 students of the schools died of disease, malnutrition, abuse, accidents, and while trying to run away. 17 residential schools and 114 day schools were in Manitoba, and the TRC estimated at least 338 children died while attending them. The province says it’s committing $2.5 million to support work to investigate and commemorate burial sites across the province.