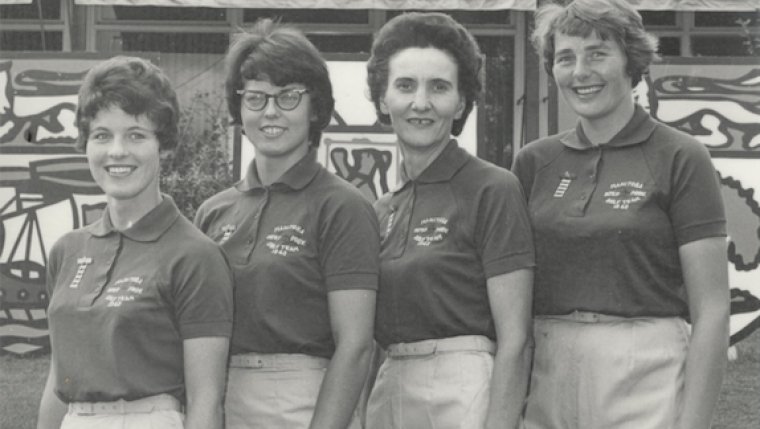 WINNIPEG - The Manitoba Sports Hall of Fame announced the class of athletes, builders, and one team that will be inducted November 3, 2018, at the 39th annual induction ceremony.

The Builder category is made up of a former president of the Canadian Handball Association and a boxing official who’s a judge, jury member, and technical delegate and official for the International Boxing Association.

The only Manitoba ladies golf team to win the Canadian Ladies Amateur Team title rounds out this year’s slate of inductees.

“This year’s class of athletes, builders, and one team who will join Manitoba’s finest in sport later this year, is exceptional,” said Jamie Kraemer, Chair of the Manitoba Sports Hall of Fame’s Board of Directors. “The collective contributions to sport in Manitoba, on the national and international stages are truly outstanding. We strive to collect, preserve, celebrate, and showcase the history and heritage of sport excellence and achievement, and these eight recipients have earned their rightful place in Manitoba’s sport history.”

"We're incredibly proud of Manitoba's sport history and the legends that make up this year's inductee class," said Jeff Hnatiuk, President and CEO of Sport Manitoba. "We're pleased to celebrate their countless career achievements as we inspire the next generation."

“We are very proud to be the presenting sponsor of this year’s Manitoba Sports Hall of Fame Induction Ceremony,” said Manitoba Liquor & Lotteries President and CEO Peter Hak. “This prestigious event celebrates the legacies and contributions made by this dedicated group of Manitobans in the world of sport. Congratulations to all the nominees.”

Tickets for the induction dinner are on sale now. Ticket and event information can be found at: sportmanitoba.ca/induction-ceremony or by calling Rick Brownlee, Sport Manitoba's Sport Heritage Manager, at 204-925-5736.