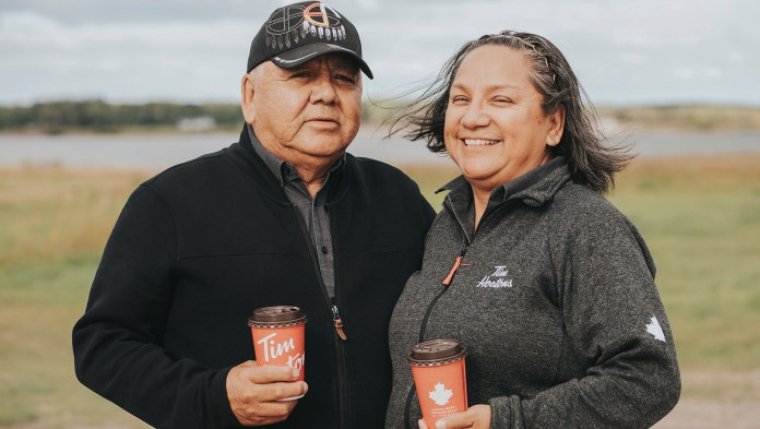 WINNIPEG - Two Manitoba residential school survivors have helped Tim Hortons raise nearly $1.3 million for two Indigenous organizations that support other survivors. Nearly 800,000 orange-sprinkled donuts have been sold so far in honour of the National Day for Truth and Reconciliation, also known as Orange Shirt Day. The restaurant chain says it will donate 100 per cent of the proceeds to the Orange Shirt Society and the Indian Residential School Survivors Society.

The campaign was developed by a group of Indigenous Tim Hortons owners from B.C. to Ontario, including Sharon and Brian Bruyere of the Sagkeeng First Nation. The Bruyeres say they’re proud that franchise owners across Canada have joined the initiative to bring awareness to efforts toward truth and reconciliation. Sharon adds they consulted with their First Nation community in preparation for the campaign, and are glad to have helped support other residential school survivors through donations to the two organizations.

Tims will continue to sell the orange donuts until Wednesday.