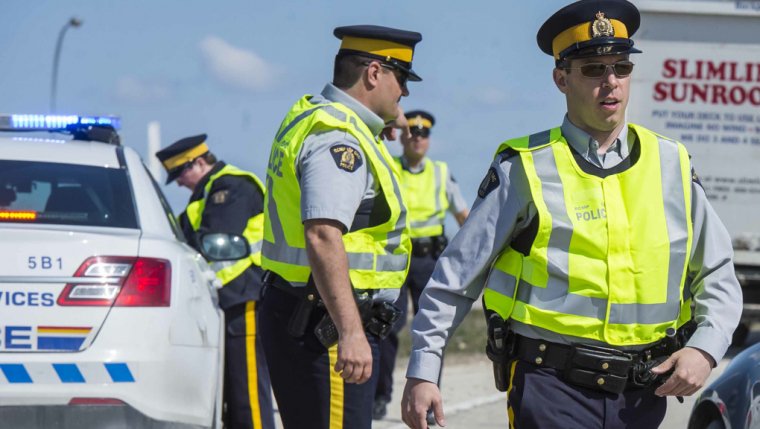 WINNIPEG - Since Friday, RCMP across Manitoba have responded to two fatal collisions where alcohol is believed to be a factor as well as a collision causing serious injury.

Police said in a release, with some of the busiest days on our roads quickly approaching due to the end of the long weekend, Mounties are asking all Manitobans to drive sober, to wear their seatbelts, pay attention to their surroundings and to slow down.

On Friday, August 31, around 8:25AM, RCMP responded to a single vehicle collision on Sturgeon Landing Road, 15 km west of Provincial Highway 10.

Saturday, September 1, at approximately 11:50AM, RCMP responded to a report of a multi-vehicle collision on Highway 1, between Road 29W and 30W - approx. 3.5 km east of Portage la Prairie.

Police say the initial investigation determined that a car and an SUV pulling a trailer, were travelling together and heading eastbound when both vehicles pulled onto the shoulder. Three people exited the two vehicles to fix a strap that was on the trailer.

A shot time later, a third vehicle, also heading eastbound, veered onto the shoulder and struck the parked vehicles. The impact caused the parked car to go into the ditch, striking a woman. She was taken to hospital with serious injuries where she remains in stable condition. The two other adult occupants who had stopped to fix the strap were also struck. They were treated by EMS personnel on scene and released.

Saturday, September 1, around 11:30PM, RCMP responded to a report of an off-road vehicle rollover.

Police said a 36-year-old man from the RM of Tache, was with an 8-year-old boy, also from the RM of Tache, in a side-by-side off-road vehicle when it rolled - landing atop the man. He was taken to hospital where he was pronounced dead. Mounties said It does not appear that the man was wearing a helmet or seatbelt.

RCMP believe that alcohol was a factor in this rollover.

The investigation is continuing.