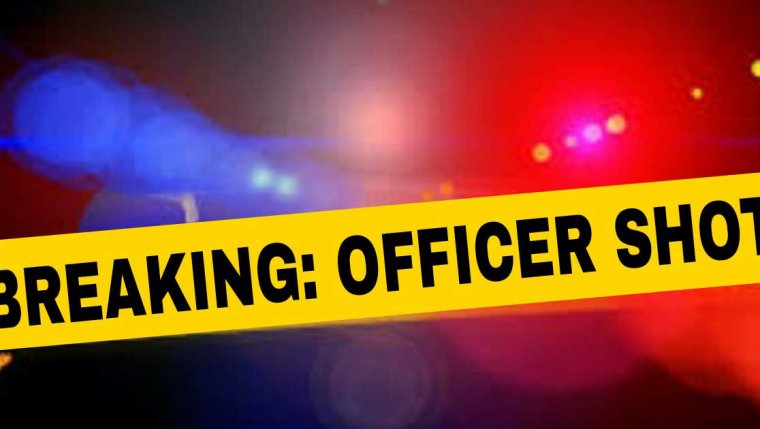 UPDATED at 10:11AM - During a press conference in Winnipeg at 10:10AM Thursday morning, RCMP said officers were responding to a break and enter call last evening when the officer was shot and seriously injured. The RCMP officer shot remains in hospital in stable condition at this time.

Police said when the officers responding to the call arrived at the scene and exited the cruiser they were shot at. RCMP said at this time they cannot confirm that officers returned fire.

Three suspects are in custody but one suspect remains at large and is considered armed and dangerous.

That suspect could be travelling in a black 2005 GMC Sierra pickup truck extended cab with Manitoba licence plate GBX 476.

Police said if you see the pickup truck call 911 immediately do not attempt to approach the vehicle.

The story continues to develop, Manitoba Post with partner Canadian Press will keep following the story and provide details as they become available.

UPDATED at 7:50AM - Manitoba RCMP have confirmed that three suspects in the shooting of an officer Wednesday evening are in custody.

WINNIPEG - An RCMP Officer remains in hospital after he was shot and sustained serious injuries near Onanole, approximately 260 kilometres northwest of Winnipeg.

Police have been telling residents, since around midnight Thursday, to be vigilant in and around Onanole.

A massive manhunt is underway. Mounties are looking for two to three suspects considered to be armed and dangerous.

The RCMP said "all possible resources are being utilized" to locate the suspects.

RCMP said The suspects may have split up and could be travelling in a black 2005 GMC Sierra pickup truck extended cab with Manitoba licence plate GBX 476. Police also believe one or more of the suspects may be on foot.

Residents in the area have been asked to ensure their doors and windows are locked and to call 911 immediately if they see anything suspicious.

Manitoba Post with partner Canadian Press are following this developing story and will provide details as they become available.