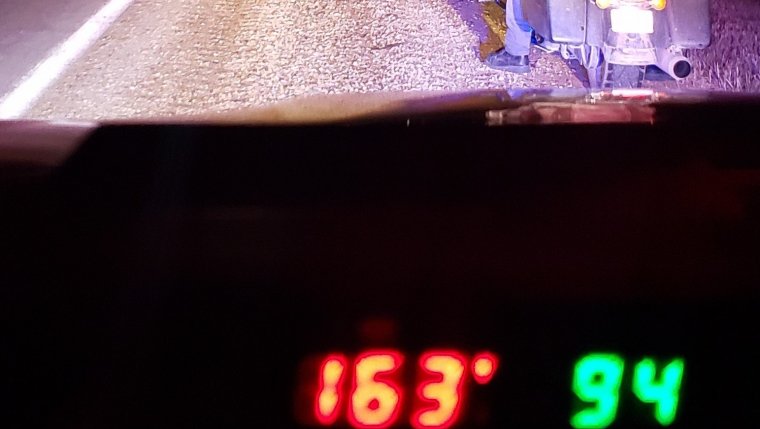 WINNIPEG - Manitoba RCMP say in less than two hours one Mountie caught three super-speeders in the same community just southeast of Winnipeg, with one driver on two wheels getting fined more than $1,000.

The officer, driving an unmarked police car on Provincial Road 207 in the Lorette area, first stopped a motorcycle allegedly being ridden at 163 km/h in a 90 km/h zone. Police say, when asked why he was driving 73 km/h over the posted limit on a two-way road, the motorcyclist told them he was letting loose to enjoy what remained of the nice weather. Mounties say that was when the officer noticed the smell of alcohol on the driver’s breath, resulting in a warning, a 72-hour licence suspension, and the bike being hauled off to an impound lot for 30 days. For speeding, police note the driver was handed a $1,006 fine and a Serious Offence Notice, and will have his licence reviewed by MPI.

Just an hour later on the same road, the officer clocked another vehicle at 153 km/h. Police say the 20-something driver had an Intermediate Licence and was given an $878 fine, and also received a Serious Offence Notice and an MPI licence review.

About 50 minutes later, police say the officer spotted a couple of vehicles accelerating quickly on PR 405, where the speed limit is also 90. One of the vehicles, driven by a teenager who also had Intermediate licence, was measured to be racing at 146 km/h. The teen was given a $783 fine, as well as the same notice and review as the previous two motorists.