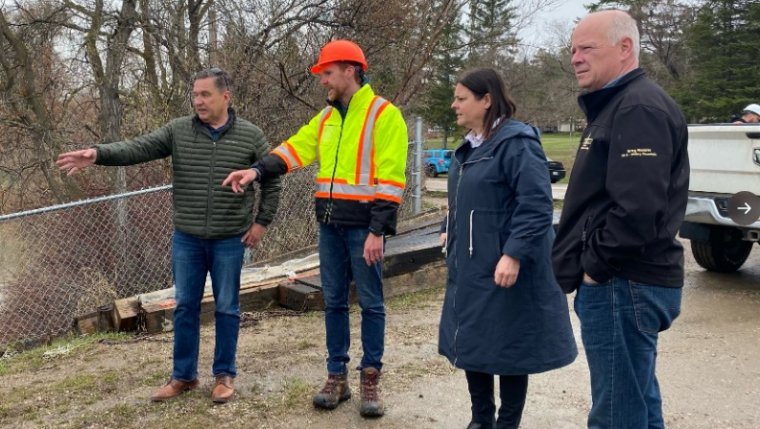 WINNIPEG - Manitoba premier Heather Stefanson has taken a helicopter tour of Whiteshell Provincial Park where flooding is causing many problems.

She says the amount of water is overwhelming. A number of Whiteshell lakes are higher than they have ever been.

A mandatory evacuation order is in effect for a large part of the Whiteshell, including cottage subdivisions and campgrounds.

Some roads are under water and many boathouses and docks have been damaged.