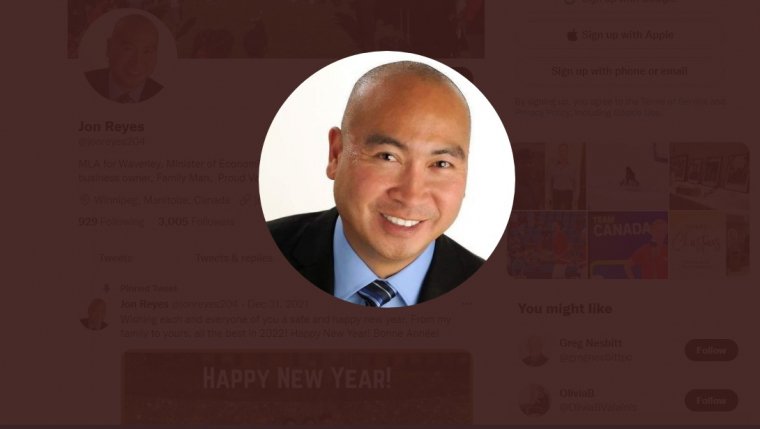 WINNIPEG - A Manitoba MLA is being criticized for taking a photo of his wife shovelling their snow after she just finishing a long shift as a health care workers.

Even after a 12 hour night shift at the hospital last night, my wife still has the energy to shovel the driveway. God bless her and all our frontliners. Time to make her some breakfast.

The tweet by Jon Reyes who represents Waverley and is also a minister in the Conservative government has been retweeted and replied to thousands of times. Even TMZ has picked up on the story.

Several commenters have pointed out that Reyes was up late the night before watching tennis on TV according to his Twitter feed when he could have been taking care of the snow.

In a statement, Reyes says he loves his wife very much, is eternally grateful for for everything she does and is happy she's getting the worldwide attention she deserves.