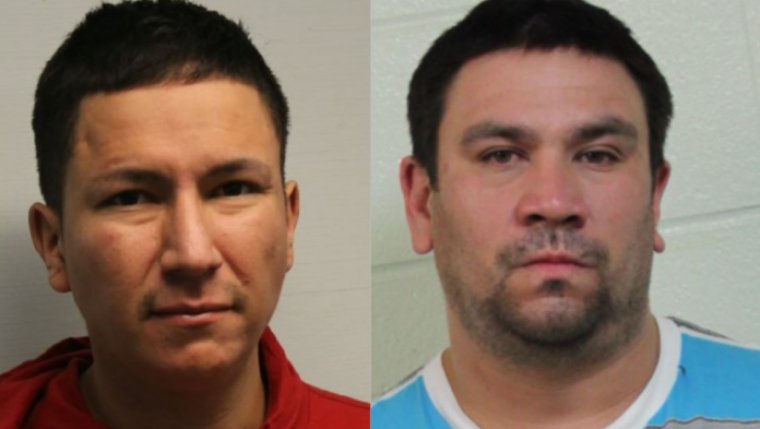 WINNIPEG - Manitoba RCMP say two suspects are at large and twelve have been arrested following a report of a woman in Norway House who was allegedly held against her will and repeatedly sexually assaulted.

Norway House RCMP responded last week Wednesday after a 34-year-old woman ran from a home toward a police vehicle yelling for help. She told police she’d been assaulted numerous times, and officers say they observed the woman had suffered serious injuries. Police say the victim is now in stable condition after being treated at the Norway House nursing station before being taken to a Winnipeg hospital.

Police arrested all 11 people on the scene in connection with the assaults, and a total of 14 suspects have been identified. Investigators are looking for two people facing charges of forcible confinement, assault, and aggravated sexual assault. They are 36-year-old Cody Monias and 40-year-old Travis Apetagon, both of Norway House.