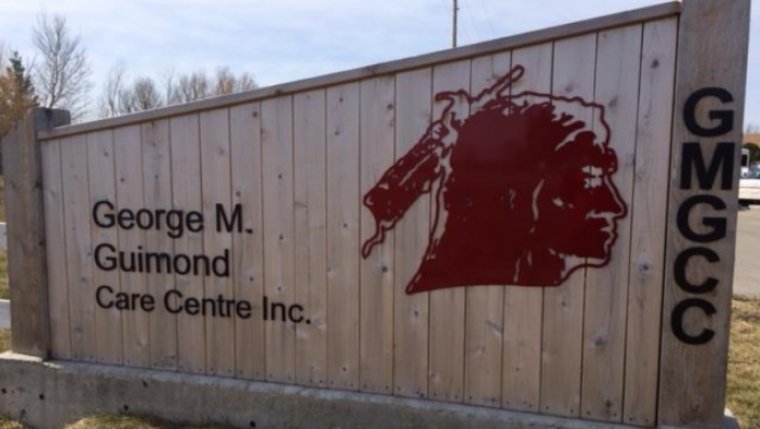 WINNIPEG - A Manitoba community is facing an COVID-19 outbreak among over two-thirds of its Personal Care Home residents — and all of those cases involve the Delta variant.

Sagkeeng Anishinaabe First Nation Chief Derrick Henderson says 23 cases of the highly transmissible variant have been confirmed at the 30-bed George M. Guimond Care Centre, all but four of them among elders at the home. Henderson says the care home isn't allowing any visits at the home right now. But the First Nation says among those who have been double vaccinated, who make up most of the residents, the symptoms have been mild.

The Chief says the outbreak is confined to the care home so far, but he’s warning First Nation members that the Delta variant has arrived in the community. He says he hopes people in the region will take the outbreak seriously, follow public health orders, and be cautious when interacting with others.

Nearly three quarters of residents of the health region that encompasses Sagkeeng First Nation have received one dose of a COVID-19 vaccine, and 65.5 per cent have been fully vaccinated. Among the First Nation residents, however, less than 35 per cent of its 3,600 on-reserve band members — fewer than 13,000 people — have received a second dose.

Manitoba’s Delta variant case numbers have been going up recently, with over 40 cases confirmed this past Friday.

Sagkeeng First Nation is situated near the southern tip of Lake Winnipeg, 90 minutes northeast of Winnipeg. 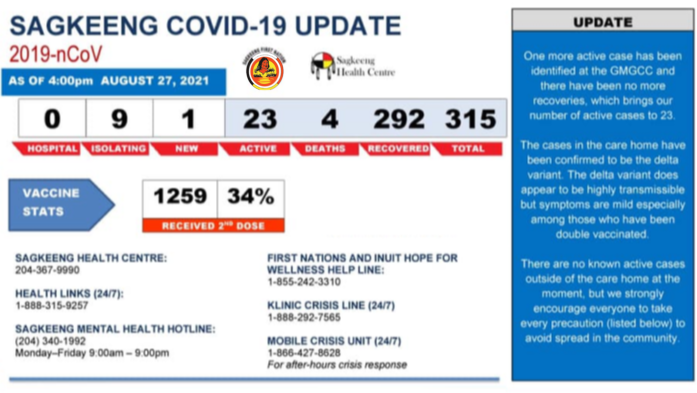