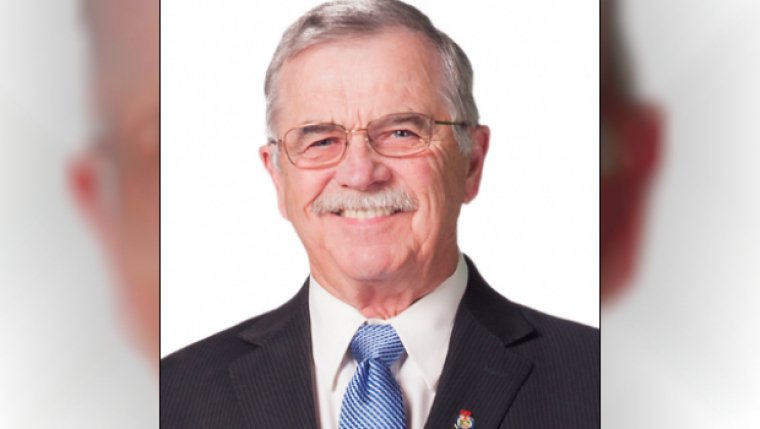 WINNIPEG — A Progressive Conservative member of the Manitoba legislature says he has no intention of stepping down after reportedly making inappropriate comments to a woman who works for the party’s caucus.

Cliff Graydon would not comment in detail on reports he suggested the woman sit on his lap during a luncheon where there was a shortage of chairs.

He said the issue was dealt with to everyone’s satisfaction, and as far as he knows, there is no consideration in caucus to have him resign his seat.

The Winnipeg Free Press and CBC both quote unnamed sources as saying Graydon made the comment during a recent luncheon, when the woman was unable to find an available chair, and it was reported to higher−ups in the Tory government.

The Free Press reports the issue was resolved within a matter of hours to the woman’s satisfaction, but the newspaper says the Tory caucus will vote on whether to sanction Graydon — including possible expulsion — when the legislature resumes later this month.

Graydon indicated he considers the matter closed and rejected requests to confirm or deny details of the accusation.

"It’s been dealt with satisfactorily and I’m going to leave it at that," Graydon told The Canadian Press on Saturday.

"I know what satisfactorily means," he added later.

When asked whether he has thought about resigning, he said "I have no reason to."

Graydon, in his early 70s, has not ruled out running for re−election in 2020. He has had health challenges in recent years but said Saturday he has yet to make up his mind about running again.

"That’s two years down the road."

The Tories will not say what was done to address the woman’s concerns, and Graydon would not say either.

"It has come to our attention that an inappropriate comment was made to an individual at the Manitoba legislature," caucus chair Wayne Ewasko said in a written statement that did not mention Graydon by name.

"The matter was dealt with immediately in accordance with policies and procedures that respect the impacted individual’s right to privacy and confidentiality, while also ensuring that appropriate measures are taken. "

This is not the first controversy for Graydon, a government backbencher who represents the Emerson, Man. area, where asylum seekers have been walking across the border from the United States.

In a post on Twitter in January, he called immigrants a "drain on society" and also retweeted other people’s posts that called Prime Minister Justin Trudeau a traitor, a scumbag and a disgrace. Graydon apologized, deleted the tweets and agreed to step back from social media and undergo sensitivity training, the details of which were also not revealed by the Tories.