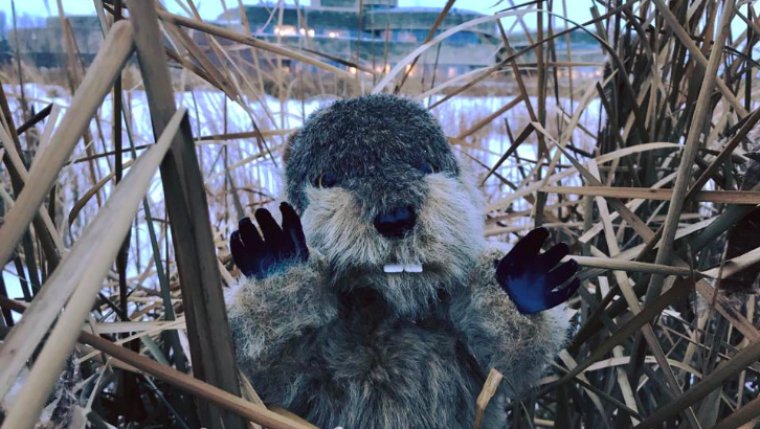 WINNIPEG - Saturday, Manitoba Merv did not see his shadow at Oak Hammock Marsh in the morning, meaning an early spring is on its way.

However, there's conflicting predictions from two of Canada's other famous forecasting groundhogs. Wiarton Willie is on the same page as Merv, heralding an early spring while Shubenacadie Sam claims there will be six more weeks of winter.

The mayor of the Town of South Bruce Peninsula, which includes the community of Wiarton, announced Willie's prediction on stage with Premier Doug Ford on Saturday morning.

Folklore has it that if a groundhog sees its shadow on Groundhog Day, it will retreat into its burrow, heralding six more weeks of cold weather. But spring-like temperatures are thought to be on the way if no shadow is seen.

Willie was backed up by the most famous American groundhog, Punxsutawney Phil.

But Shubenacadie Sam, Nova Scotia's Groundhog Day darling, grudgingly clambered out of his shelter just after dawn, saw his shadow, and retreated into hiding.

Two out of three ain't bad, so the Manitoba Post is agreeing with (hoping) Manitoba Merv and Wiarton Willie are correct.

With files from The Canadian Press