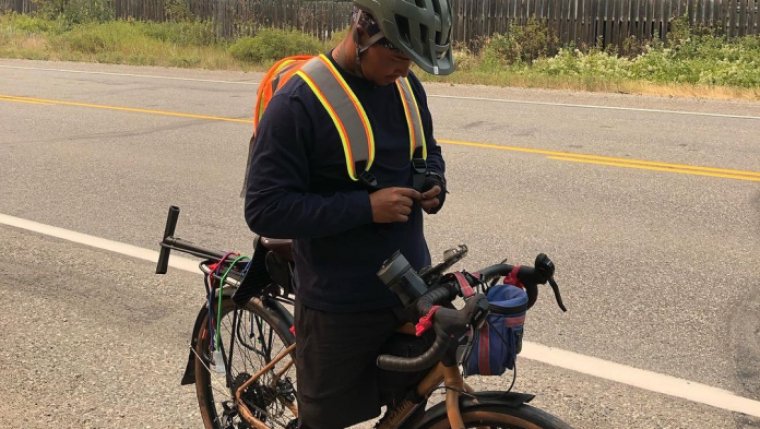 WINNIPEG - A Manitoba man is only days into a pedalling journey from Vancouver to Halifax to raise money and awareness to help prevent youth suicide, and he’s already surpassed his original fundraising goal by thousands of dollars.

25-year-old Rylee Nepinak is biking 6,000 km in response to a suicide crisis at Tataskweyak Cree Nation, more than two hours northeast of Thompson and ten hours north of Winnipeg. Nepinak began the cross-country journey across Canada just over a week ago. His GoFundMe campaign has raised over $13,000 so far.

Youth in Tataskweyak had been taking their lives at such an astonishing rate that the community declared a state of emergency in mid-July. Nine youth had died by suicide in just 14 months, four of whom took their lives in June and July alone.

Nepinak says he wanted to do something to show Indigenous youth that there are a lot of people who care about them enough to go to the extreme to show it. He also says he wants to empower youth by showing them that they, too, can accomplish something great if they put their minds to it. So when he bought a new bike, Nepinak decided to take it on the road to do just that.

This past week, Nepinak passed through Alberta, and he expects to be cycling through Winnipeg on Wednesday. Nepinak is hoping to complete the trip in about six weeks, and plans to hold a youth town hall at the end of the journey. At the town hall at Tataskweyak Cree Nation, he wants to listen to the ideas that youth in the community have on how the funds raised could be used to help their community.