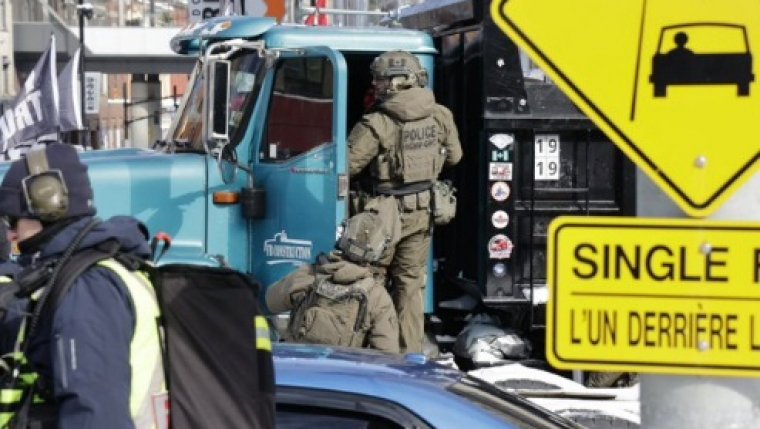 WINNIPEG - A Manitoba man says he was arrested in Ottawa but not charged after zip-tying himself to the steering wheel of a truck.

Matt Wall says police smashed the windows of the truck to get to him.

He was one of dozens of protesters busted as officers cleared the area near Parliament Hill.

Meanwhile, in the House of Commons, MPs have voted 185 to 151 in favour of the Emergencies Act.

Prime minister Justine Trudeau says the act is needed because his government is worried blockades will reform. 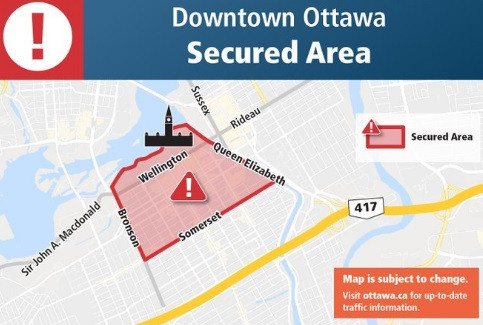