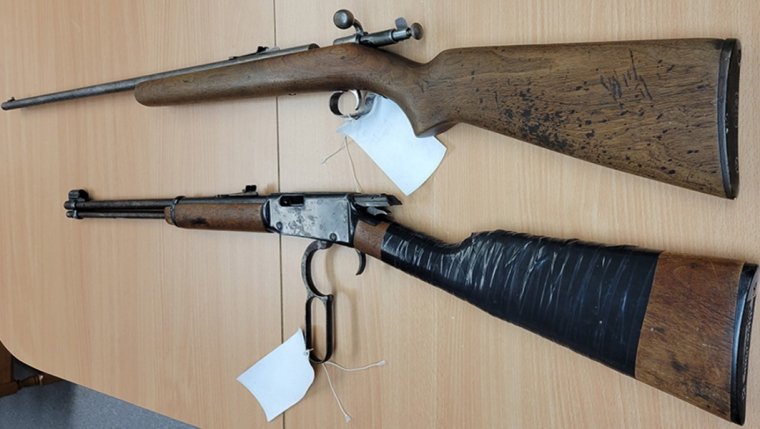 WINNIPEG - RCMP say a 26-year-old man is facing charges after an argument between two neighbours led to a gun being fired outside a home in western Manitoba.

Mounties say their initial investigation determined that two people had a verbal confrontation over the weekend at a residence in Souris, half an hour southwest of Brandon, before the suspect went home. But a short time later, police say the suspect returned to his neighbour’s house — this time carrying a gun.

The suspect is accused of then pointing the firearm at his neighbour, who was outside the home, and firing. Investigators say the neighbour managed to escape into the house and the suspect left.

Police say they seized two firearms from Bryson Renwick’s home, and that he was placed under arrest and charged with pointing and discharging a firearm with intent and unauthorized possession of a weapon for a dangerous purpose.