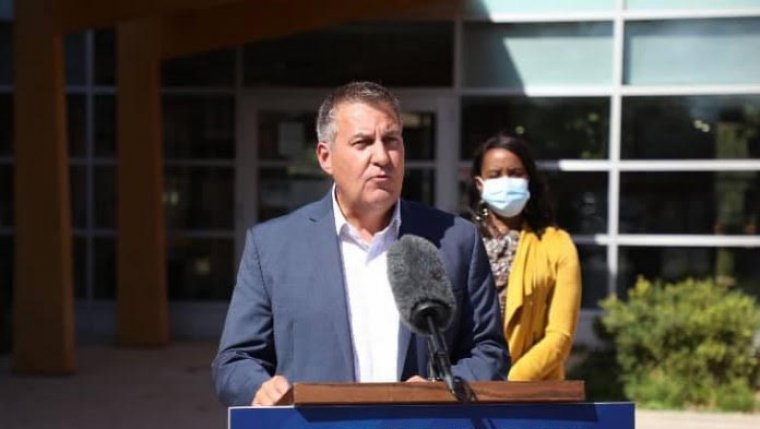 WINNIPEG - The provincial government has announced the selection of 20 Curriculum Advisory Panel members, tasked with starting the province’s first curriculum update in 26 years.

Education Minister Cliff Cullen says the panel will begin identifying underlying principles for a new K to 12 curriculum framework this fall, and outlining what the new curriculum’s overall structure might look like. Individuals named to the panel include parents, educators, students, school system and Indigenous leaders, and other community representatives.

“The new framework will set out the vision, principles, skills, knowledge, and values to empower students,” Cullen says. “These educators and stakeholders represent the diversity, ideas, and talents of the people of Manitoba.” Cullen explains the province is planning consultations within the next three months and wants input from a “broad spectrum” of participants across the province.

The province says the curriculum development framework will ensure that all subject areas will reflect the diversity of all Manitobans and promote inclusion, human rights, and responsible citizenship by focusing on Indigenous issues, gender diversity, and equality. The panel members are expected to continue curriculum development work until June 2022.

The Curriculum Advisory Panel is the latest of seven engagement and advisory groups that have been planned since April. The province established a Parent Engagement Task Force in May, tasked with engaging with Manitoba parents and caregivers on how the government can improve Manitoba’s education system. With six parents and five school system leaders, it’s chaired by Assiniboia’s Scott Johnston, legislative assistant to Education Minister Cliff Cullen; Portage La Prairie’s Ian Wishart, a former Education Minister; and Seine River’s Janice Morley-Lecomte, a St. Emile Parent Association member and the legislative assistant to Families Minister Rochelle Squires.