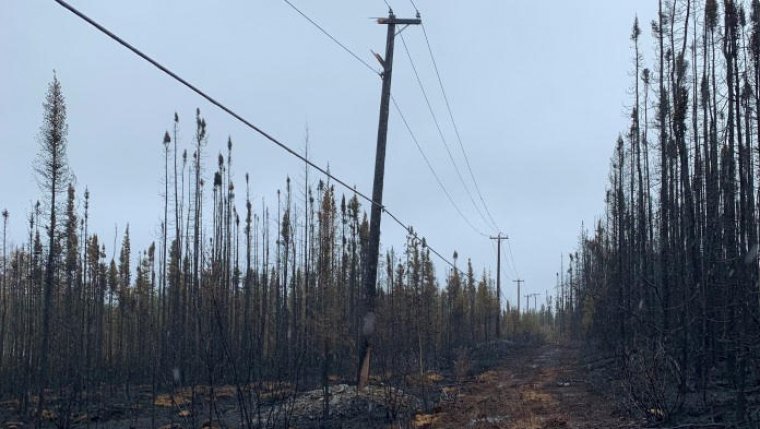 WINNIPEG - Manitoba Hydro says at least two Manitoba First Nations that have been without electricity for weeks as a result of wildfires could end up waiting a long time before power is restored.

Officials representing Pauingassi and Little Grand Rapids First Nations say the fires have damaged several kilometres of power lines that the communities depend on. Manitoba Hydro explains it could take as long as two to three months for crews to reconnect the grid.

Hydro says the repairs are a top priority as teams travel the province after assessing the damage by helicopter earlier this week. The utility notes it has so far observed over 50 burned poles and over 30 damaged cross arms. Much of the damage spreads across remote bogs and swampland that require the utility to send personnel and equipment in by air.

Many of our employees are assisting in efforts across the province to help residents protect their homes and protect our infrastructure. Video shot by one employee en route to Bloodvein First Nation. More on our blog: https://t.co/3dVwXRihPQ pic.twitter.com/6Jt4thuCwX

The City of Winnipeg lifted its fire ban this week, and the Manitoba Wildfire Service says there have been recent weather improvements in parts of Manitoba. But the province says fire danger levels will remain high this weekend, and provincial fire and travel restrictions will remain in effect.