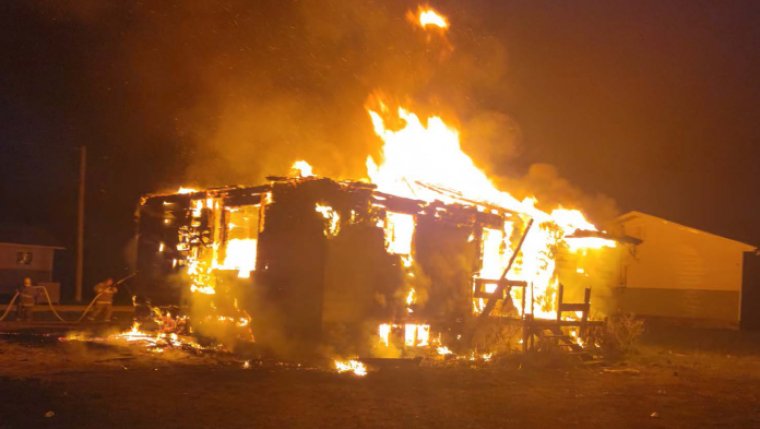 WINNIPEG - Manitoba RCMP say they’ve arrested one man and are asking for help to find another after an assault on two people at a home that was later set on fire.

Police say two men, who knew their victims, broke into their home and assaulted them before the building was set on fire. When the officers arrived at the scene, the house was fully engulfed.

21-year-old Leroy Jensen is accused of assaulting a man and a woman, both in their 30s, at the home on Mosakahiken Cree Nation, known as Moose Lake, more than an hour east of the Pas, Manitoba.

Jensen was arrested and charged with break and enter, arson, two counts of uttering threats, two counts of assault with a weapon causing bodily harm, and five counts of failure to comply with a release order.

Mounties are asking for help from the public in their search for 26-year-old Patrick Ballantyne. Anyone with information is asked to Moose Lake RCMP at 204-678-2399, or leave a tip with Crime Stoppers anonymously by calling 1-800-222-8477 or by visiting the Crime Stoppers website.