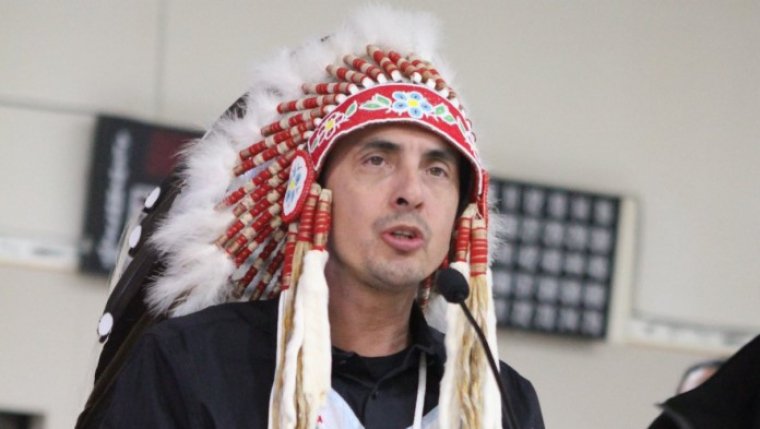 WINNIPEG - The Assembly of Manitoba Chiefs says an in-person apology by Canada’s Roman Catholic bishops would come across as more sincere following a pledge by the country’s Conference of Catholic Bishops to raise $30 million to support initiatives to help survivors heal from the trauma at residential schools.

Quebec Archbishop Raymond Poisson, president of the CCCB, says it’s become clear that leaders should do more to address the historical suffering and injustice against Canada’s Indigenous peoples caused by the Roman Catholic groups that operated nearly 55 per cent of Canada’s church-run residential schools.

The CCCB issued a statement last week apologizing for the abuses by Roman Catholic residential school administrators. The AMC says while it appreciates the apology as a first step toward reconciliation, many are still hesitant to fully accept it on behalf of their families. Grand Chief Arlen Dumas says if the bishops apologized in person directly to former residential school students, it may come across as more meaningful.

Indigenous leaders are scheduled to appear before Pope Francis at the Vatican in December to formally request that he visit Canada to apologize to survivors. TRC Call to Action #58 specifically asks the Pope to deliver “an apology to Survivors, their families, and communities for the Roman Catholic Church’s role in the spiritual, cultural, emotional, physical, and sexual abuse of First Nations, Inuit, and Métis children in Catholic-run residential schools.” In 2018, the Canadian Conference of Catholic Bishops then-president Bishop Lionel Gendron stated that the Pope “felt that he could not personally respond” to the TRC’s Call to Action.

There were 17 residential schools in Manitoba, and it’s estimated that at least 338 children died while attending them. The Manitoba government is committing $2.5 million to support investigations into residential school burial sites.