Manitoba Farmers Give 50,000 Lbs. of Potatoes 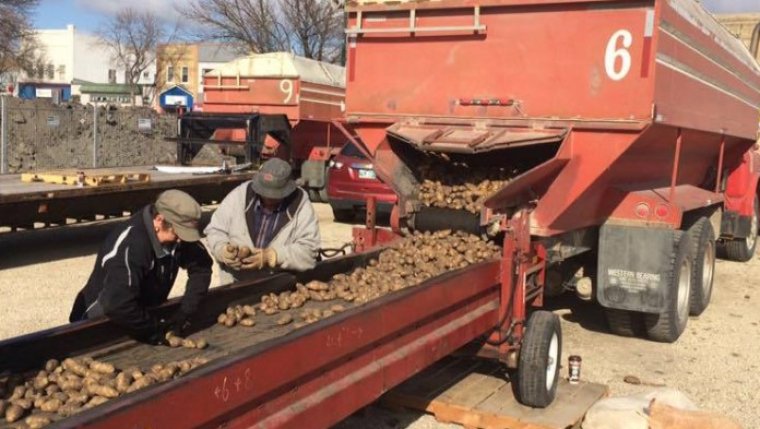 WINNIPEG - A Manitoba family is continuing a tradition of kindness after giving away a 50,000-lbs. pile of potatoes, 5,000 lbs. more than they did last year, despite lacklustre harvests due to drought.

Mark Peters, who runs Spruce Drive Farms 20 km northwest of Portage la Prairie with his family, served up the spuds in their fourth annual Community Potato Giveaway in Portage. This year, the family was joined by farmers from the Pine Creek Hutterian Colony near Firdale, Manitoba, 45 minutes west of the city, to give out the russet earth apples to anyone who wanted them.

This is in spite of a very challenging growing season that saw weeks of dry soil, heatwaves, and an inability to provide irrigation. The drought took a severe toll on Spruce Drive Farms: Peters says they lost half the crop they had planned on selling — and that they had anything to harvest came as somewhat of a surprise.

But Peters says the giveaway is just an expression of his faith and conviction to give back and help his neighbours — one way to put belief into action. That dedication to generosity is proving contagious. Many who come to help themselves to a bag of spuds also take a bunch for family and friends, as well as those who are really in need.

For the Peters family, the giveaway is a chance to express thanks for having a harvest at all: The now annual event was born out of hardship in 2016 when a third of his field of seed potatoes was deemed not saleable as intended — but could still grow potatoes suitable for eating. Then they had to cancel an event three years ago because the potatoes would have been frozen. 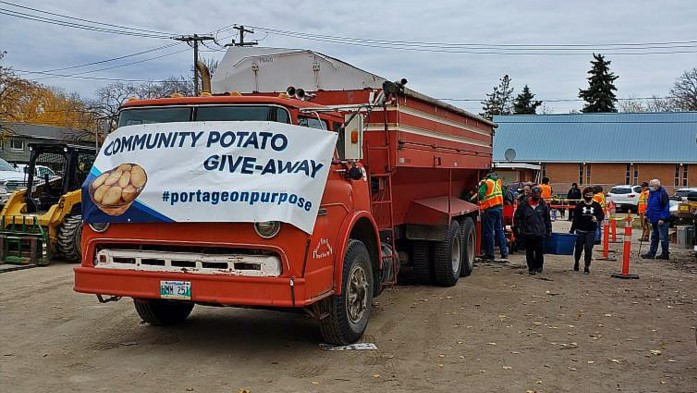